I was escorted inside the iron-gate and saw Tej running towards me, looking furious. “Why did you click the picture?” I don’t like it. You are in my bastion.” 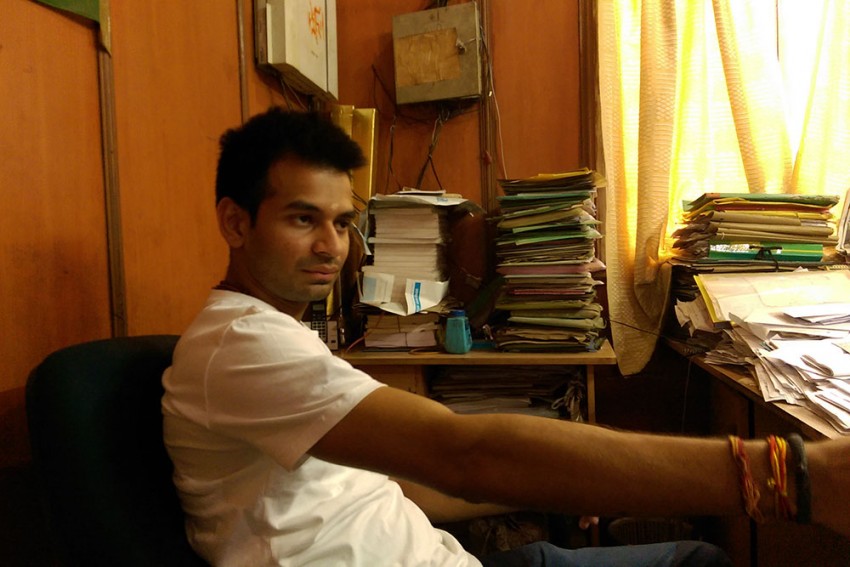 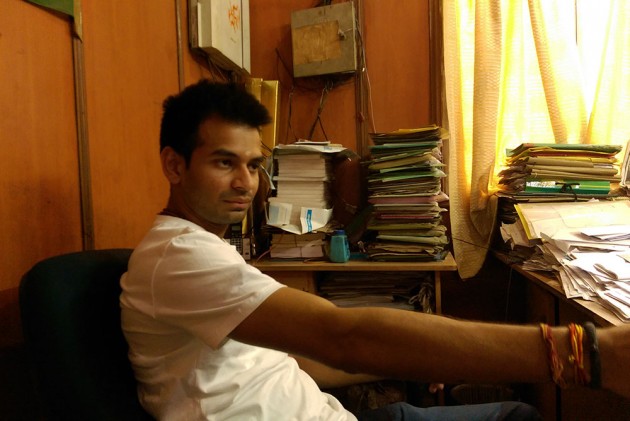 It’s a little surreal to meet the Health Minister of Bihar in his office wearing a branded T shirt, skin tight jeans and flip flops. In a state where the khadi kurta pyjama is a political statement in itself, Tej Pratap Yadav, 25, seems unperturbed by his choice of attire. “Why?” he asks in response to a query, “this is the dress of the youth.” He looks around at those gathered in the room, and they all nod approvingly. When I mention that I am not objecting to his choice of dress but to the fact that the brand on the T-shirt would pay him for advertising their product, he looks suitably flattered while the aides and hangers-on laugh in approval, one of them reminding him of various modelling offers he has received before his political debut late last year. He has clearly not inherited any of his father, Lalu Prasad Yadav’s earthy humour and ability to play to the gallery--or the media. My encounter with him had in fact begun in rather hostile circumstances.

I was actually looking to meet his younger brother, Tejashwi, the real inheritor in the father’s eyes, who is Deputy Chief Minister of Bihar. Tej Pratap has more of a reputation for liking the good life, playing a bit of cricket, and is the favourite of his mother, Rabri Devi. He is clearly not a heavyweight in Bihar politics, quite literally. He is just learning to flex his political wings, and also learning to drive, in his BMW. I had landed up at 1, Anne Marg—the most famous address in Patna and the residence of the Laloo Prasad Yadav clan----when a white BMW whizzed past. The cab driver, politically aware as is typical of Bihar, informed me that Tej Pratap was learning to drive. I remembered that shortly after taking charge as health minister, Tej had announced that everybody should abandon their cars and ride a horse to cut pollution and ease traffic jams. He had even ridden a horse through the streets of Patna to reinforce his bizarre suggestion. His election disclosure of assets had included a BMW sedan and a high-end Honda CBR motorbike worth over Rs 15 lakh.

I had followed the BMW and clicked a photo with my cellphone when Tej spotted me while driving into his residence. I followed him and requested an interview. I was escorted inside the iron-gate and saw Tej running towards me, looking furious. “Why did you click the picture?” I don’t like it. You are in my bastion.” I informed who I was and why I was there, his anger remained undiminished. “If you publish the picture, I will sue you.” By now, seven or eight people had surrounding me. “Delete the picture,” he ordered. I refused but opened it on my mobile and discovered that all I had got was a hazy image. “Take his mobile away” he ordered. “You don’t want your picture to be carried by a national magazine?” I asked. He thought for a bit, and then offered to let me take pictures from his phone.” He pulled out a gold coloured mobile that looked like an Apple Iphone 6S. The choice of the youth, I presume.