Analysis: From 2020 To 2021 World Football's Uncertainties As Pandemic Rages

With a second wave of COVID-19 ravaging so many countries even continuing competitions without disruption remains a challenge. 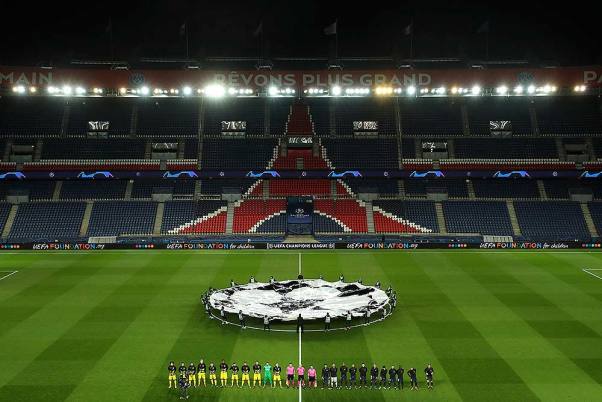 The disconcerting familiarity of games played in empty stadiums ushered in a new year which carried over the same uncertainties facing world football. (More Football News)

With a second wave of COVID-19 ravaging so many countries — accelerated by mutant strains — even continuing competitions without disruption remains a challenge.

Bringing supporters back to games was tried across Europe but increasingly rolled back as 2020 ended, until the turnstiles were closed completely.

Games in all major European leagues will be played to the backdrop of silence at the start of 2021, the sterile environment devoid of the raucous atmospheres which players feed off.

Keeping the show continuing — before the mass rollout of vaccines — is the focus for competition organizers, avoiding lengthy pauses with no games that can lead to costly rebates to broadcasters.

The English Premier League continued playing over the Christmas period. But now that the league is reporting a record number of coronavirus cases, ensuring matches and training sessions aren't spreading infections should be the priority.

“I know it might not be a nice thing to say, but they're tough times for everybody," Chelsea manager Frank Lampard said Friday.

"We enjoy watching our football, but safety and health have to come first.”

What 2020 showed world football is that, however much governing bodies like UEFA express a determination not to be derailed by a virus outbreak, the pandemic can ultimately take decisions out of their hands.

Postponed last year, planning for the rescheduled European Championship remains in flux. Before UEFA can think about whether fans will be allowed into games, it first has to consider where the matches will be staged.

The logistics were already most challenging for the Euros — playing in 12 cities in 12 stadiums across Europe — even before COVID-19 came along. Alternative plans are being considered that could considerably scale back the number of venues used if circumstances haven't improved enough.

Staging the delayed Gold Cup and Copa America across the Americas are less tricky operations across June and July but still rely on protecting the team environments from being breached by coronavirus outbreaks.

If organizing a 24-team competition across Europe during a pandemic wasn't time-consuming enough for the governing body, UEFA has to resolve another complex situation. The future of its club competitions also remains in flux, with disputes over the Champions League format requiring a resolution.

The power struggles that were dividing European football at the dawn of 2020 persist.

“This is a reset of the world football.”

But almost 10 months on, Ceferin is still mediating between the conflicting priorities of clubs and leagues determined to reshape or protect the Champions League.

There are ongoing threats of launching breakaway competitions as the elite teams — seemingly led by Real Madrid — chase bigger windfalls while alienating the powerful clubs from the majority of smaller teams.

Talk of a European Super League could only intensify as the powerhouses endure an unusual season of upheaval with Juventus, Barcelona, Real Madrid and Paris Saint-Germain all starting the new year not topping their leagues.

An overhaul of the English leagues by the six biggest teams was foiled last year when a seemingly benevolent offer — to help clubs struggling financially during the pandemic — was unmasked as what looked like a naïve power grab. But the demise of "Project Big Picture" did not dampen the desire for revolution.

It was the activism of players, though, that shone in 2020 and emboldens them in the new year to use their platforms on the field to bring about change helping wider society.

In England, players continue to take a knee before kickoff — filling the stadium silence with powerful symbolism in the pursuit of greater diversity in the game and an end to racism.

Manchester United and England striker Marcus Rashford showed how a player can challenge a government on child hunger and force an about-turn in policy.

Health matters away from the pandemic and poverty caused by it also consume football as concerns grow about the long-term impact of heading the ball.

The new year brings about one of the most significant changes to prevent players suffering from brain injuries as concussion substitutes are trialed from this month. It could also be the year heading is scaled back, in training at least, as studies highlight the dementia risks for former professionals.

“Just heading a ball, one does not get a concussion,” said Michael Grey, a neuroscientist at University of East Anglia in England.

“Yet the brain is still wobbling around inside the cranium, there's still a little bit of damage that goes on. And it's that damage over years of heading the ball that creates the neurodegeneration."

It is a sobering warning that puts all the squabbling over competition formats, video assistant referees and match postponement decisions during the pandemic into perspective.