Known for his political adroitness, Kumar, a six-time MP, had managed to be in the inner circle of the central leadership of the BJP -- be it during the heyday of Vajpayee or Advani and now Modi. 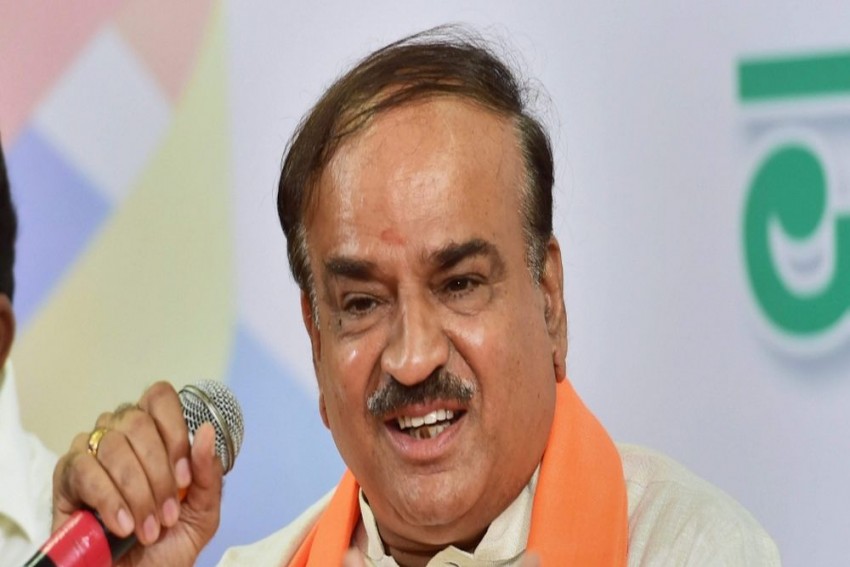 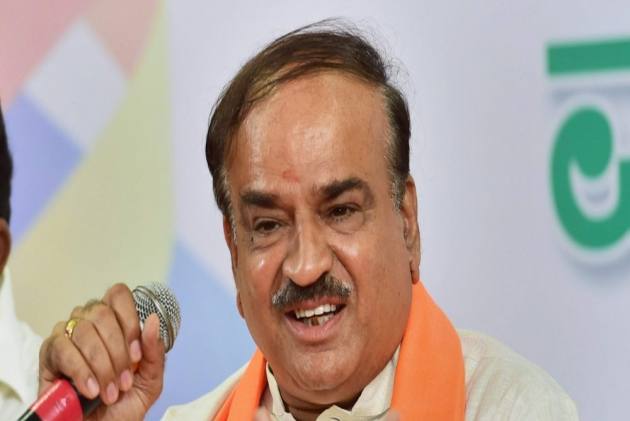 A staunch RSS ideologue, a hard boiled  organisation man, Bengaluru's "most loved" MP and the first person to speak in Kannada in the United Nations are some of the connotations associated with Union Minister Ananth Kumar.

Kumar, 59,  passed away on Monday and breathed his last around 2 am with his wife Tejaswini and two daughters by his bedside, Sankara Hospital Director Nagaraj told PTI.

Representing Bengaluru South in the Lok Sabha for a sixth straight term, Kumar had been a key leader in the BJP for over two decades, serving as a minister in its first government led by Atal Bihari Vajpayee and in the current Modi dispensation as well, besides being a member of the party's parliamentary board.

Known for his political adroitness, Kumar, a six-time member of Parliament, gregarious with strong political instincts, had managed to be in the inner circle of the central leadership of the BJP -- be it during the heyday of Atal Bihari Vajpayee or L K Advani and now Narendra Modi.

Born in a middle class Brahmin family on July 22, 1959, in Bengaluru to Narayan Shastri, a railway employee, and Girija N Shastry, his early education began under the guidance of his mother who herself was a graduate.

Graduate in Arts and Law, Kumar's journey into public life began due to his association with the Akhila Bharatiya Vidyarthi Parishad, a student organisation of the Sangh Pariwar, which he served in various capacities, including the state secretary and the national secretary.

Kumar had even demonstrated against the then Indira Gandhi government's imposition of Emergency and had also got imprisoned for it for about 30 days.

With his steady political growth, his association with the Sangh, where he was mentored politically, also grew stronger.

Looking for bigger ground in politics, Kumar joined the Bharatiya Janata Party in 1987, where he went on to to take up the responsibilities of state secretary, state president of the Yuva Morcha, general secretary and national secretary.

Along with state BJP chief Yeddyurappa, Kumar is among a few party leaders who can be credited for the growth of BJP in Karnataka, as they built the party from the scratch, which paved the way for the installation of the first ever saffron party government in the South.

Kumar began his parliamentary career when he got elected to Lok Sabha in 1996 from Bangalore South, the constituency which remained his strong fort till his passing sway, by winning it for six consecutive times.

He enjoyed the credit of being the "youngest" minister in the Atal Bihari Vajpayee's cabinet in 1998. He served as the Civil Aviation minister, also Minister for Tourism, Sports, Youth Affairs & Culture, Urban development & poverty alleviation.

Kumar, who also held positions in various parliamentary committees, was serving as the Union Cabinet Minister for Parliamentary Affairs and Chemicals and Fertilizers in the Narendra Modi led government, after winning the 15th Lok Sabha election from Bengaluru south by defeating IT Czar Nandan Nilekani.

He is widely credited for implementing Neem Coated Urea and setting up of Jan Aushadhi Kendras with focus on affordable quality health care.

While being the all important member of the BJP's parliamentary board, Kumar is often regarded as the "Delhi face" of the Karnataka BJP and also for the state government who could be counted upon for taking issues concerning Karnataka.

He is known to have had politically hostile relationship with Yeddyurappa on occasions and often faced accusations of meddling too much in Karnataka affairs, when the the Lingayat strongman was at the helm of affairs in the state as its Chief Minister.

Kumar was married to Dr Tejaswini and they have two daughters Aishwarya and Vijetha.

Kumar was the Chief Patron of Adamya Chetana, an NGO involved in social work which he runs along with his wife in the memory of his mother Girija Shastry.