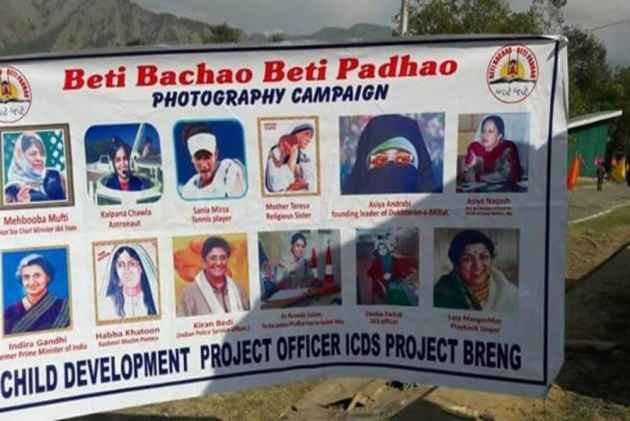 The child development project officer (CDPO) of Anantnag's Breng block has been suspended after a banner on 'Beti Bachao, Beti Padhao' campaign featured separatist leader Asiya Andrabi as an achiever alongside Chief Minister Mehbooba Mufti and other personalities.

In a major embarrassment for the Jammu and Kashmir government, the banner aimed at highlighting the women achievers of the country was hoisted at a function held to promote education for girls in south Kashmir's Kokernag area.

"The CDPO, Shamima, has been placed under suspension and an inquiry has been ordered into the incident," Deputy Commissioner Anantnag Mohammad Yunus Malik told PTI.

Andrabi, who is currently detained under the Public Safety Act, heads Dukhtaran-e-Millat (daughter of nation) outfit which openly calls for merger of Jammu and Kashmir with Pakistan.

She has several cases registered against her, including some for hoisting Pakistani flag on August 14 and March 23-- the independence day and national day of Pakistan respectively.