"Christians were angrez (British), they were not part of the (freedom) struggle. Members of both the communities fought this battle together as Hindusthanis (Indians), not as Hindus or Muslims." 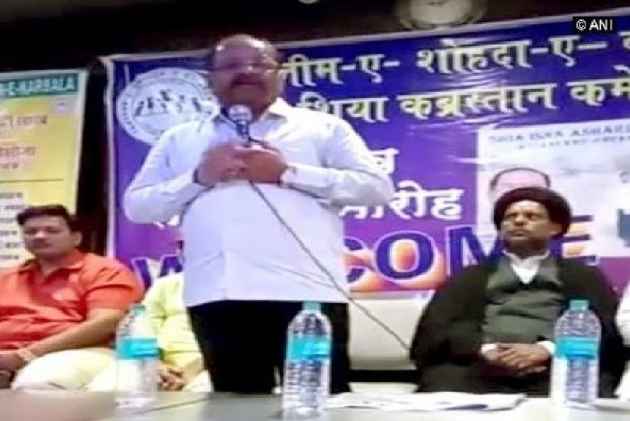 A controversy erupted on Friday after a video clip emerged purportedly showing North Mumbai BJP MP Gopal Shetty claiming that Christians were "angrez" and did not participate in the freedom struggle.

This prompted the Congress to seek an apology from the BJP for the "condemnable" comment made by its parliamentarian, while the NCP saw the remark as a "deliberate attempt to polarise people" in the run-up to the 2019 Lok Sabha polls.

The recording is apparently from an Eid-e-Milad gathering organised by the Shia Kabrastan Committee at Malvani in suburban Malad last Sunday.

Apparently referring to a Muslim cleric who spoke before him at the event, Shetty added, "Maulana sahab said Hindus did not free this country, nor did Muslims.

"Christians were angrez (British), they were not part of the (freedom) struggle. Members of both the communities fought this battle together as Hindusthanis (Indians), not as Hindus or Muslims."

"The freedom struggle is the epitome of sacrifices made by all communities, including Christians. Shetty must know that only the RSS was in support of the British," the former chief minister said.

"Earlier, they would target Muslims. But they now are feeling the move is backfiring. Hence, they are trying to target Christians now to polarise people ahead of the Lok Sabha polls. This is not right," Malik added.

Responding to the criticism over the remarks, Shetty said, "What I meant to say was that Christians could not participate in the freedom struggle to a great extent because India was then ruled by the British."

The 64-year-old former corporator, who first became an MP in 2014, trouncing Congress' Sanjay Nirupam, said, "I don't regret making these remarks, which have been misinterpreted by the Congress."

Shetty said he "offered to resign" but Maharashtra BJP president Raosaheb Danve told him not to take such a "hasty decision".

"There is no reason for him (Shetty) to resign," Danve told PTI. "I am outside Mumbai. We will meet in a day or two," he added.