'Six years after I ended my anti-corruption protests, not much has changed, not a single law has been implemented to contain corruption. I am appalled and hence writing this letter' 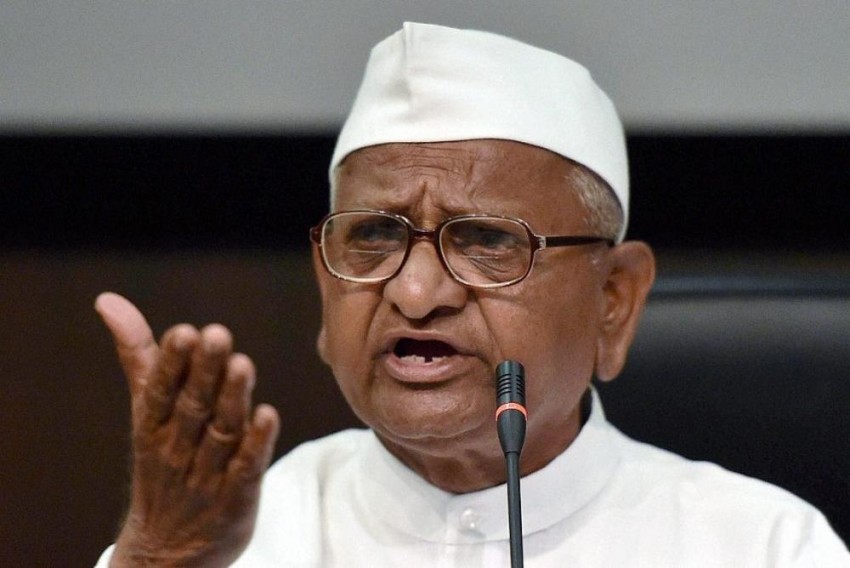 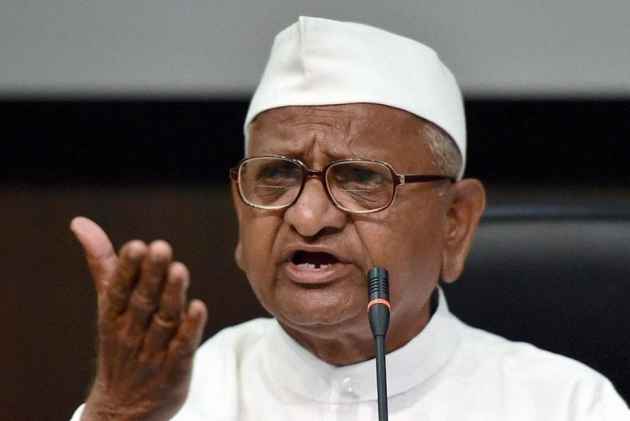 Anti-corruption activist Anna Hazare has written a strongly worded letter to Prime Minister Narendra Modi, slamming the government for not creating a Lokpal and threatening an agitation in Delhi.

Hazare's letter targets the apathy of the Modi government in appointing a Lokpal since coming into power in 2014. Hazare, the face of the India Against Corruption movement in 2014, also wrote that he may demand for the implementation of the Swaminathan commission report which has provisions for food security and farmers welfare.

"Six years after I ended my anti-corruption protests, not much has changed, not a single law has been implemented to contain corruption. I am appalled and hence writing this letter," wrote Hazare. "Since your government came to power, we have writted 6 times regarding implementation of lokpal but have not received any reply," he wrote.

In a scathing letter, Hazare further wrote that the people voted Modi's government to power so because they thought he would bring in an anti-corruption law, which he hasn't. Hazare further writes that what 'stuns' him is that even in states ruled by the BJP, there has not been enough effort to implement the law.
"Not even once you spoke about it during any of your public addresses or Mann ki baat despite assuring the nation that you will focus on "creating a corruption free India" in your first speech," he wrote.
Hazare's letter reportedly demands the creation of a Lokpal at the Centre, the states, and for the Centre to adopt a citizens' charter created by the people with the intent to end corruption.

"Only making promises in the public is not going to help the people, instead they need rights based on concrete law. That is how we can make India corruption-free," he wrote.

Expressing his dismay, he further said that the promise of bringing back black money has also not been addressed by the Prime Minister.

"You don't speak of implementation of the Lokpal and Lokayukta laws passed for curbing corruption. May be you have forgotten the things which you promised," he added.

Hazare said that steps should be taken to ensure that farmers get remunerative prices for their produce.

"Only giving assurance to the people that you will give a corruption-free India is not enough, but acting upon it will make some changes. By appointing Lokpal and Lokayukta, 50 to 60 per cent of corruption will reduce in the country. Leaving these two Citizen Charter Bills, The Prevention of Bribery of Foreign Public Officials and Officials of Public International Organisation Bill 2011, Judicial Standards and Accountability Bill 2012, The Prevention of Money Laundering (Amendment) Bill, The Public Procurement Bill 2012 and Whistle blower Bill will help in combating the corruption and are pending in the Parliament," he added.

The Social Activist further attacked Prime Minister Modi and said that it would have been better had he paid attention to farmers the way he is concerned about the industrialists of the country.

"India is a country where agriculture is a major part of its economy and it is a matter of great grief that farmers in such a country are forced to commit suicide. I have urged to the government several times looking into the matter of the MSP, but yet again I didn't receive any response in reply to my concerns. It has now become evident that you have no sentiments for the farmers of this country. It would have been better had you paid attention to farmers the way you are concerned about industrialists. It is very unfortunate," he added.

At the end, he said that due to such a stance of the Prime Minister, he is mulling another agitation.

Hazare was one of the architects of the India Against Corruption movement in 2011, sharing the stage with the likes of Puducherry Governor Kiran Bedi, Baba Ramdev and Delhi CM Arvind Kejriwal.
The agitation called for an end to corruption within the government and the constitution of a Lokpal to check corruption. The movement started to gain steam after Hazare's first hunger-strike in April and the Jan Lokpal Bill was tabled in Parliament in August 2011. It came into force in January 2014 though activists had claimed it was a diluted version of the draft law.
With Agency Inputs
For in-depth, objective and more importantly balanced journalism, Click here to subscribe to Outlook Magazine

Despite Pressure From MPs, Manmohan Backed Probe Against Dera Chief, Asked Us To Go By Law, Says Ex-CBI Officer