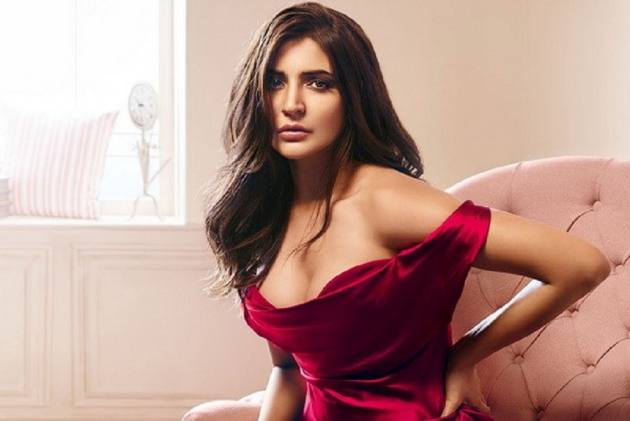 Actress Anushka Sharma who has received the Smita Patil award for best actor, said it validates the choices that she has made so far in her career.

She said, “I don't come from a film background. I didn't have anyone to guide me in my journey. My parents also don't belong to this industry so they also don't know how the industry works.”

Addressing the media here at the 34th edition of the Priyadarshini Academy Global Awards 2018 on Wednesday, Anushka said, "It's a special day for me because I completed 10 years in the industry on this day. So receiving this award validates the choices that I made in my career.

The actress, who is gearing up for the release of her film Sui Dhaaga, made her debut opposite Shah Rukh Khan in "Rab Ne Bana Di Jodi" in 2008.

She thanked all the writers and directors for playing a key role in her success journey. "I also want to thank all the writers who wrote amazing roles for me and the directors who envisioned me in those roles. I don't think any actor's career is complete without the contribution of these two people.

"I want to thank every supporter of mine all over the world who supported me and accepted me for who I am." While receiving the award, Anushka said, "It is a great of honour to have watched the work of great Smita Patilji. She has been a true inspiration, not just for me but many actresses and many women for her bold, difficult and fearless choices that she made with her work.

"She managed to be disruptive and not adhere to norms of the industry where rules are usually set by others. So, I really appreciate and admire her." Sui Dhaaga which is slated for release on September 28, is inspired by the Make in India campaign that was launched by the government in 2014 aimed at promoting the country's indigenous industries including textile.

Anushka stars opposite Varun Dhawan in the Sharat Katariya directorial that is produced by Maneesh Sharma under the Yash Raj Films banner.