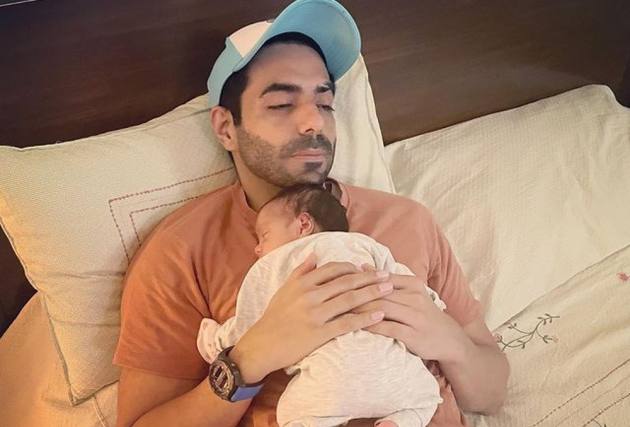 Bollywood actor Aparshakti Khurrana and his wife Aakriti Ahuja are excited about Lohri this year because it is their daughter Arzoie’s first Lohri. Although, the actor is unhappy about his extended family not joining the celebrations due to Covid-19.

As reported by Hindustan Times, the actor said, “This is Arzoie’s first Lohri and we (Aakriti Ahuja, wife and I) would have loved to have our extended family and close friends join the celebration. But that won’t be possible because of the surge in cases. There would just be us now but I am still looking forward to it because it’s my little one’s first.”

Recalling his memories associated with the festival, he said,  “I have many good childhood memories associated with Lohri and the vibrancy of this festival. The songs, the dances, the coming together of families will always be something I’ll cherish”. Mumma makes us chant Til Sarhey Paap Sarhey Paapiyaan De Paap Jadhien. I can’t wait for Arzoie to grow up and chant the same in front of the holy fire with her mouth full of popcorn and rewaris.”

The actor further continued, “Arzoie is too small right now to learn about this festival but I plan to give all my time to her and even have her share of ‘rewaris, phullas, and the moongfali! Even if it ruins my calorie count for the day”.

Talking about the current Covid-19 scare and surge in the cases the 34-year-old actor said, “To be honest, being stuck in a pandemic isn’t a nice feeling altogether but we need to be conscious citizens and do our bit to come out of it instead of fretting over.”

On the personal front, the actor and his brother and actor Ayushmann Khurrana purchased flats in the same housing complex for Rs. 7 crores and 19 crores respectively.