"This is the worst fire tragedy we have seen in this city in at least a quarter century," said the mayor 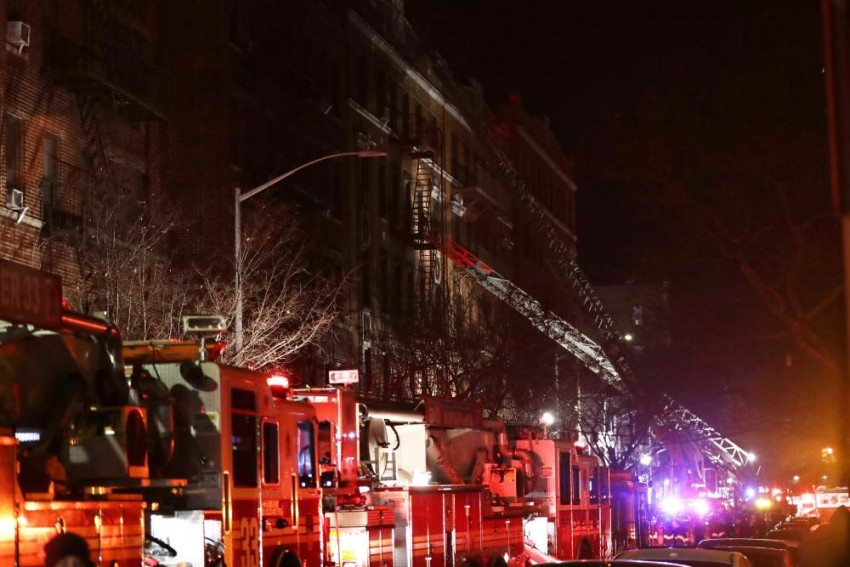 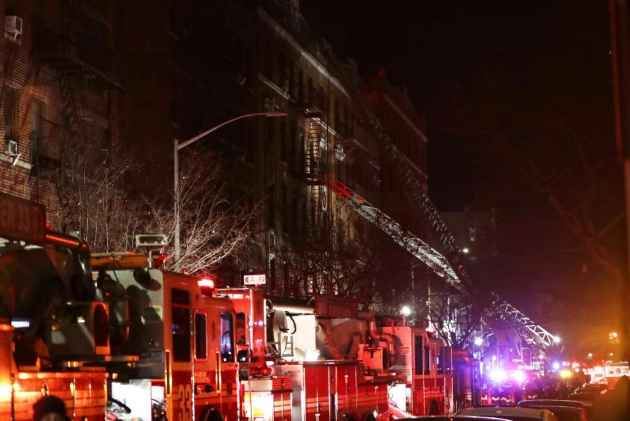 A fire tore through a Bronx apartment building, killing at least 12 people and leaving four others fighting for their lives in New York's deadliest fire in decades, officials said.

The devastating blaze broke out shortly before 7:00 pm (local time) yesterday in the 25-apartment building opposite the Bronx Zoo, one of the most popular tourist attractions in the US financial capital.

A one-year-old child was among those killed in the fire on a bitterly cold night with temperatures well below zero, as Red Cross volunteers handed out blankets and set up makeshift shelter in a nearby school.

"This will rank as one of the worst losses of life to a fire in many, many years," New York Mayor Bill de Blasio told reporters.

"This is the worst fire tragedy we have seen in this city in at least a quarter century," he added.

The fire began on the first floor and spread rapidly to all floors of the five-floor building on Prospect Avenue, officials said. The cause of the blaze was not immediately clear.

"I am sorry to report 12 New Yorkers are dead, including one child as young as one year old," de Blasio told reporters after fire fighters extinguished the flames.

"There are four people critically injured who are fighting for their lives, other serious injuries as well," he added.

Two of the dead were discovered in a bath tub full of water, where they had apparently sheltered from the blaze, US media reported.

Fire fighters rescued at least 12 people who will survive but the search of the building continues, and the death toll could rise further, the mayor warned.

"This tragedy is, without question, historic in its magnitude. Our hearts go out to every family who lost a loved one here and everyone fighting for their lives," said Fire Department chief Daniel Nigro.

"People died on various floors, they range in ages from one to over 50," he added. "In a department that's certainly no stranger to tragedy, we're shocked at this loss."

It was the second deadly New York residential blaze in less than two weeks. A mother and three children were killed in Sheepshead Bay, Brooklyn when a fire tore through their home on December 18.

In March 2007, 10 people were killed in another fire in the Bronx that tore through a house that was home to two immigrant families, which had been the worst fire in the city since 1990 apart from the September 11, 2001 attacks that brought down the Twin Towers.