First came the Sotheby's auction in September, then the Christie's auction in October. The Bored Apes are moving up fast and its cult following is increasing by the day. 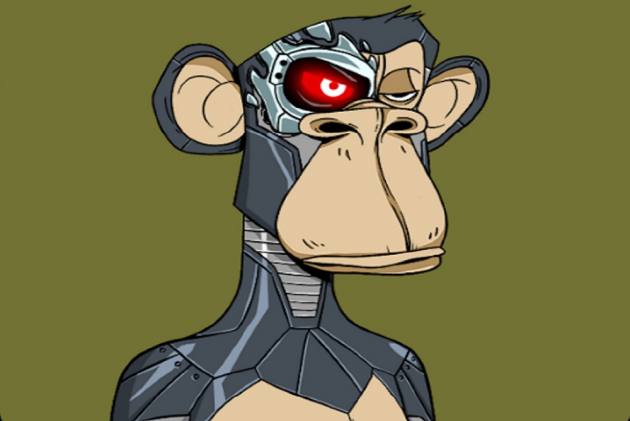 On August 30, Sotheby’s announced that it would be putting 101 Bored Ape’s on sale.

In September, Sotheby’s put up an auction of 101 Bored Ape Yatch Club (BAYC) Non-Fungible Tokens (NFT). The mini-collection sold for a massive $24.4 million on September 11 and clearly exceeded expectations.

BAYC has been enjoying a cult following—but the Sotheby’s auction put a seal of prestige value on the NFT and has not looked back since. On October 15, Christies ran another auction of a BAYC series.

State Of The Art: NFTs Are Disrupting The Art Space – Faster Than You Know

One big sale or the other of the BAYC continues to be reported over the last two months and prices are shooting upwards on OpenSea.

A close second in popularity to Cryptopunks, the Sotheby milestone changes everything for the Bored Apes and validated it in the elite art circles as a collectible of note. The Chirstie’s auction also brought the Bored Apes closer to Asia.

The last two months have been busy for BAYC. Last week, Bored Ape #8585 sold on OpenSea for $2.7 million, making it the most expensive token in the Yatch Club collection.
All apes look bored – but #8585 is a class apart – he dons a king’s crown wears heart-shaped sunglasses and a owns a psychedelic body.
The other two contenders are Bored Ape #2087 and Bored Ape #5199 which sold at $16 million on October 14.
BAYC has been getting celebrity endorsement every now and then and why not. Creating 10,000 different ways of looking bored is not short of a digital art genius.
In August, Stephen Curry, a three-time NBA champion, joined the Bored Ape Yacht Club and picked up one of their NFTs for 55 ETH or ($180,000). Curry’s bored ape has blue fur, zombie eyes and wears a tweed suit. The last two are particularly rare attributes -- only 3% of apes having zombie eyes and 1% of apes wear tweed suits.

What is Bored Ape Yacht Club?

Bored Ape Yatch Club or in short BAYC is an NFT collection of 10,000 apes with bored expressions.

On the BAYC website, one can check out the entire gallery where the apes are listed according to the background of their picture, the earring, their clothes and more.
Bored Ape prices, on average has nearly doubled since August.
The Bored Ape Yacht Club (BAYC) is currently the fifth most valued NFT collection in the crypto universe, with an all-time sales volume of $567 billion. The entire price shoot-up only took place since August.

Until two months ago, the average cost of buying one of BAYC’s NFTs was under $100,00.