Joe Biden, Xi Jinping and other APEC leaders will have a virtual meeting this week to chart a path to recovery out of the crisis brought on by the pandemic 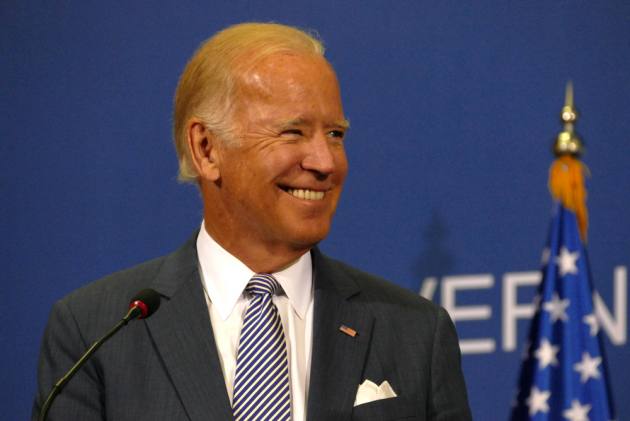 U.S. President Joe Biden and his Chinese counterpart Xi Jinping will have a rare virtual encounter this week as they gather online with other Pacific Rim leaders to chart a path to recovery out of the crisis brought on by the pandemic.

New Zealand is hosting this year’s Asia-Pacific Economic Cooperation (APEC) forum, which culminates in a leader’s meeting on Saturday. Continued outbreaks of the coronavirus and related travel restrictions have confined the meeting to the virtual realm for a second straight year.

As usual, the 21 APEC members will be seeking areas where members can cooperate on easing barriers to trade and economic growth instead of trying to settle longstanding feuds.

The focus will be on “charting a path to recovery out of this once-in-a-century crisis,” New Zealand Prime Minister Jacinda Ardern, host of the leader’s meeting, said in a statement.

In all, APEC members account for nearly 3 billion people and about 60% of the world’s GDP. They span the Pacific rim, from Chile to Russia to Thailand to Australia.

Officials say they’ve made significant progress during some 340 preliminary meetings. APEC members have agreed to reduce or eliminate many tariffs and border holdups on vaccines, masks and other medical products important to fighting the coronavirus, said Vangelis Vitalis, chair of the Senior Officials’ Meeting.

But big power frictions are the inevitable backdrop for the closed door summit meetings of APEC, which as an economic forum includes both Hong Kong and Taiwan in addition to communist-ruled mainland China.

Both Taiwan and China have put in applications to join a Pacific Rim trade group, the Comprehensive and Progressive Trans-Pacific Partnership, with Beijing saying it will block Taiwan’s bid on the basis that the democratically governed island refuses to accept that it’s part of China.

Stephen Hoadley, an associate professor of politics and international relations at the University of Auckland, said Biden will be looking to reverse the course set by predecessor Donald Trump, who spurned regional trade deals with his America First foreign policy approach.

Since Biden has taken office, Washington has shifted back to a more internationalist approach to trade liberalization, supporting global and regional efforts such as the rules-making World Trade Organization.

However, Biden has kept most trade, technology and investment restrictions that Trump imposed on Chinese exports and companies in place while also moving to counter Beijing’s sway in the region.

One such effort is a recent new defense agreement between Australia, the United Kingdom and the U.S. that raised eyebrows because it did not include New Zealand or other U.S. allies. The development of nuclear submarines is a major part of the new defense arrangement, and New Zealand has a longstanding nuclear-free policy.

Hoadley said the China-U.S. rivalry can be seen even in the way they describe the region, with China calling it the Asia-Pacific and the U.S. having switched years ago to calling it the Indo-Pacific, to include the democratic counterweight of India — which is not an APEC member.

Apart from the geopolitical tensions simmering at all times, the pandemic has added to uncertainty in a region that has long been viewed as an increasingly important engine of global growth.

Many economies are still struggling to emerge from the downturns that hit the region hard in 2020, stalling travel and many other activities. Prolonged outbreaks of COVID-19 infections, slow progress in vaccinations and other disruptions both to manufacturing and shipping have added to uncertainty and dragged millions of the region’s most vulnerable people back into poverty.

“Unfortunately, too, there’s been rising protectionism around the globe, and that has also made for an incredibly challenging environment for us to be operating in,” Vitalis said during a media briefing.

He said there are areas of common ground, including improving environmental sustainability, and enhancing the untapped potential of Indigenous groups.

New Zealand’s Trade Minister Damien O’Connor said Tuesday that APEC should send a powerful message to the world ahead of a World Trade Organization meeting.

“We are facing the biggest economic shock in 75 years. We know that trade will be a strong driver in our recovery. We absolutely cannot afford to turn our attention away from an institution that has underpinned APEC’s work since its inception,” O’Connor said.

Ahead of the main leader’s meeting APEC will host a youth summit and its usual CEO summit featuring addresses by leaders and a keynote speech by human rights lawyer Amal Clooney. Ardern and German Chancellor Angela Merkel will hold a dialogue on how the pandemic has changed the world.

The pandemic APEC meetings lack the pomp and glamor of past in-person gatherings. No fancy shirts or gala balls. New Zealand made the decision last year to switch to a virtual summit. Malaysia also opted to host the 2020 APEC leader’s meeting online due to the pandemic.