"We've been completely banned by Facebook, Apple & Spotify. What conservative news outlet will be next?" said Jones. 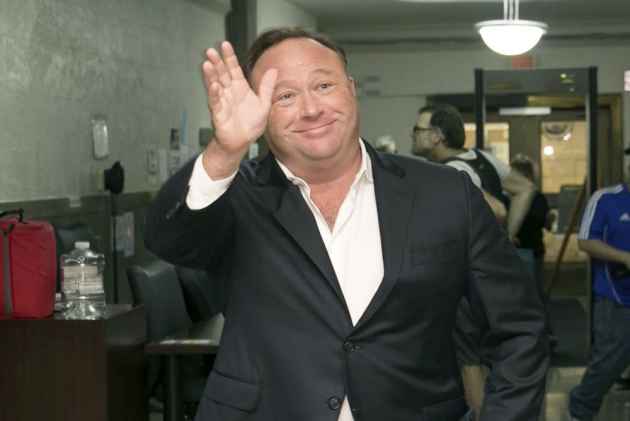 Apple on Monday deleted most of the podcasts of the far-right conspiracy theorist Alex Jones, while Facebook removed four of his online pages which the social media platform accused of "glorifying violence."

Jones, whose site InfoWars has accused victims of the 2012 Sandy Hook school shooting of being "actors" in a plot to discredit the gun lobby, had violated Facebook's hate speech policies, the social network said.

Gunman Adam Lanza killed 26 people, including 20 children, when he launched his rampage in the Connecticut school. Jones has repeatedly claimed the massacre was a hoax and that the parents of the murdered first-graders were actors, an accusation that has sparked death threats against some of the bereaved mothers and fathers.

Several of the families have sued the 44-year-old Texan, accusing him of using their suffering to expand his audience. Jones has counter-sued, demanding in turn that they pay his court costs.

Among the conspiracy theories Jones has peddled are charges that the US government was behind numerous terrorist attacks, including the September 11, 2001 strikes on the World Trade Center and the Pentagon.

Facebook stressed that it was the violent language used by Jones, rather than his conspiracy theories, that prompted the move.

Spotify, the streaming music online service, had already removed a number of Jones' podcasts last week, accusing them of breaking its own hate-speech rules.

On Monday, the Swedish company went a step further and banned his programme altogether.

For its part, Apple removed most of Jones' podcasts, AFP confirmed, after the action was initially reported by Buzzfeed news.

"Apple does not tolerate hate speech, and we have clear guidelines that creators and developers must follow to ensure we provide a safe environment for all of our users," an Apple spokesman told Buzzfeed.

Jones reacted on Monnay to the moves, saying on his Twitter account, "We've been completely banned by Facebook, Apple & Spotify. What conservative news outlet will be next?" At the end of July, Youtube took down videos posted by Jones and suspended him for 90 days, although his Youtube channel remains accessible on the online video platform.

"The establishment is making its move against free speech here in America," said Jone at the time.