Finest work on Kashmiri carpet, shawl is done by an American and a Swiss not by any Indian 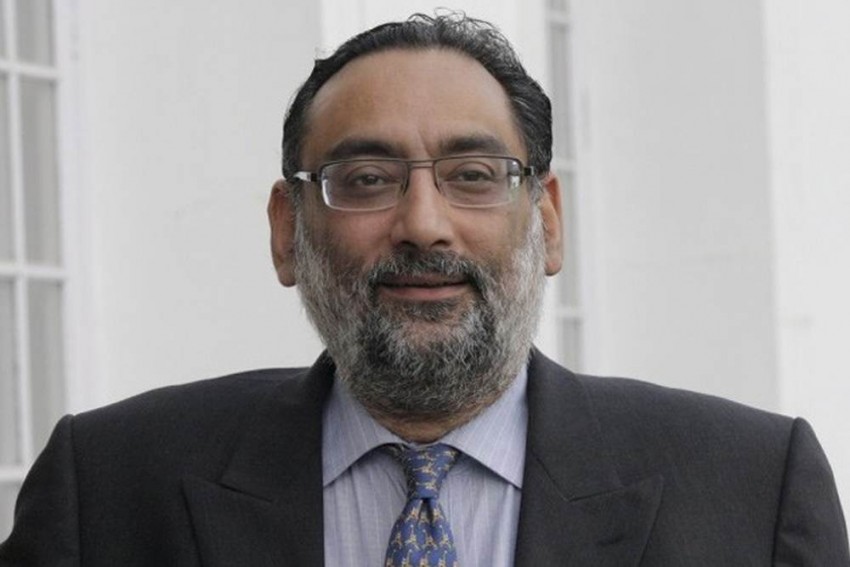 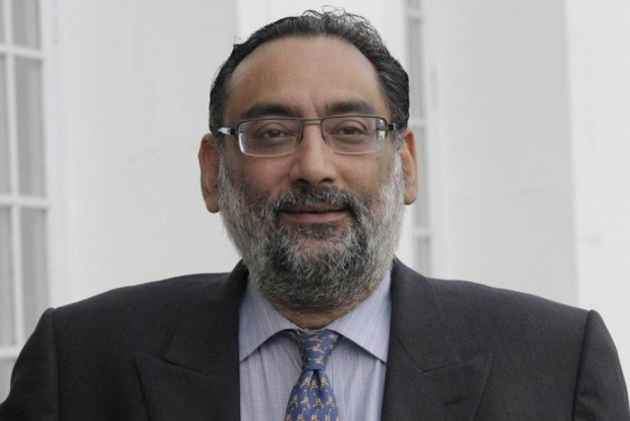 The apathy of Indian thinkers and policymakers in understanding the trials, tribulations and social evolutions in Jammu and Kashmir is one of the reasons for the pestering problems confronting the state, Minister of Finance Dr Haseeb Drabu said.

“More than political alienation in Kashmir, it is the disengagement of Indian civil society that needs to be addressed which is a corollary of Indian intellectual’s apathy towards J&K. But it gives us immense satisfaction that these past few years have heightened awareness on J&K across the country,” the Finance Minister said.

The Finance Minister is credited with forging Peoples Democratic Party’s alliance with the BJP after two month long talks with the BJP General Secretary Ram Madhav in 2015. The talks culminated into Agenda of Alliance (AoA), which the PDP describes as corner stone of the ruling alliance.

While delivering the keynote lecture ‘Growth Prospects for Jammu & Kashmir’ at the 6th foundation day of Pune International Centre (PIC), Drabu said the Indian thinkers and policymakers never engage in Kashmir and they are, therefore, unable to understand and often misinterpret the real problems confronting the State and its people.

Noted scientist Raghunath Mashelkar, economist Vijay Kelkar and other dignitaries were present on the occasion.

“Kashmir has been left far too much to be looked through security prism only. There is no independent thinking on why people in Kashmir are reacting the way they are. JK had the finest, most radical and comprehensive land reforms done by a non-communist regime anywhere in the world, yet there’s no book on land reforms in JK by an Indian scholar while there are hundreds of books on land reforms in Kerala, Bengal, etc,” Dr Drabu said.

“Why hasn’t any Indian scholar written on political and social implications of these land reforms? The finest work on Kashmiri carpet and Kashmiri Shawl is done by an American and a Swiss respectively. There is a unique way in how social structure is organised in Kashmir but the Indian intellectual has stayed away from it,” he said.

While talking about the role of some TV news channels for “negatively portraying the situation in Kashmir” Drabu said random slogan of secession lights up television screens across the country.

The Finance Minister said one of the biggest failures of the past governments in Delhi has been to not link changes in J&K to evolutions taking place in India’s federal structure and other larger trends.

“India as a nation and not merely as a State has to intervene, react and resolve. Civil society is more powerful and has a more important role in this regard. It can make great changes. It has to relook some of things we have been thinking on J&K in the framework of empowered federalism,” he said.

Dr Drabu said Kashmir issue has now become a social issue and in addressing it, the Indian civil society has much larger role than the government of India. “The way the political problem has seeped into J&K’s social fabric and how it is changing everything in it, Indian civil society needs to take cognisance of it and play a bigger role in recreating the bits of cultural, social and historical uniqueness of J&K which are being lost almost on a daily basis,” he said.

“The loss of our heritage, a unique blend of Sufi-Reshi tradition, is a big loss to the cultural heritage of India, if not the subcontinent and the world,” he added.

The Finance Minister said India has moved from coercive to cooperative federalism and later into competitive federalism and, it is possible to find a resolution to problem of Jammu and Kashmir through a model of empowered federalism, “The way forward in addressing political alienation in Kashmir is not possible by having an enclave of federalism in a unitary structure. We have to change that approach,” he said.

Drabu said people of Jammu and Kashmir react with hope to changes around them and they have never articulated anything against the civil society of India. He said the biggest failure in addressing the issue has been to see it in isolation of the larger trends and changes that have taken place in India’s democracy, political structure, federalism and ideological paradigms.

“Kashmir is seen as a dissenting idea of autonomous or empowered federal unit within the nation state of India, but its preservation is important to retain democracy and diversity in India. No change has impacted the framework within which the Indian intellectual understands J&K,” he said.