Apart from a PLI scheme, demand-generation policies needed for adoption of technical textiles 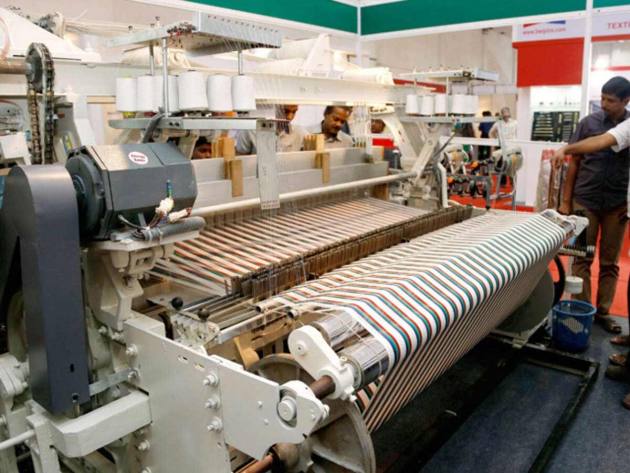 The Union Cabinet on September 8 approved a Production-linked Incentive (PLI) scheme for technical textile sectors and man-made fibers. The scheme would be in place for five years and is expected to bring fresh investment over Rs 19,000 crore as well as additional production turnover of over Rs 3 lakh crore.

Projected to bring additional employment of over 7.5 lakh directly, the PLI scheme for textiles is part of the overall announcement of PLI Schemes for 13 sectors made earlier during the Union Budget 2021-22, with an outlay of Rs 1.97 lakh crore.

“With the announcement of PLI Schemes for 13 sectors, minimum production in India is expected to be around R. 37.5 lakh crore over 5 years and minimum expected employment over 5 years is nearly one crore,” a government statement said.

For the PLI scheme in textiles, the incentive structure has been formulated to encourage the industry to invest in fresh capacities in these segments. It is expected to provide a boost to growing high-value man-made fibre (MMF) segment to complement the efforts of cotton and other natural fibre-based textiles in generating employment and trade opportunities.

“It would now be interesting to watch out for industry participation in view of the investment thresholds for a labour-intensive sector. Also, the details around the product coverage, percentage of incentive, sales group targets and other related aspects are awaited,” Saurabh Kanchan, partner Deloitte India, said.

According to the government statement, two types of investment are possible with different sets of incentive structure. “Any person, (which includes firm / company) willing to invest minimum Rs 300 crore in plant, machinery, equipment and civil works (excluding land and administrative building cost) to produce products of notified lines (MMF Fabrics, Garment) and products of technical textiles, shall be eligible to apply for participation in first part of the scheme,” the statement said.

In the second part, any person, (which includes firm / company) willing to invest at least Rs 100 crore would be eligible to apply to participate in this part of the scheme. Additionally, priority would be given for investment in aspirational districts, tier 3, tier 4 towns, and rural areas, which would bring investments to the interiors of the country. The scheme is expected to positively impact states like Gujarat, Uttar Pradesh, Maharashtra, Tamil Nadu, Punjab, Andhra Pradesh, Telangana and Odisha, among others.

Experts say that the government incentive is a timely announcement, given the surge in textile and apparel exports. Indian exports saw a sixth consecutive month of growth in August boosted by sectors such as textiles and garments.

“We are seeing strong recovery in global trade as demand is recovering in key markets such as the US and Europe. We want to capitalize on it,” said a government official who did not want to be identified.

Currently, India accounts for about 10 per cent of the global demand in segments like technical textiles but the market is poised to grow exponentially due to emerging segments like mobiltech (tyre cords, air bags etc.), indutech (conveyor belts, coated abrasives etc), meditech (PPE, surgical sutures etc) and sportech (artificial turf, parachutes etc). This growing domestic market, together with other existing government initiatives like the National Technical Textiles Mission announced in Budget 2020-21, and development of integrated textile parks scheme is expected to attract both large Indian companies, as well as large global Europe- and US-based manufacturers.

“In the shorter term, the government may also need to look at suitable demand generation policies to encourage adoption of technical textiles in sectors like construction, infrastructure, healthcare, defence and sports,” Arindam Guha, partner and leader, government and public services Deloitte India, said.

The government announced PLI scheme in segments like mobile manufacturing and IT hardware that has attracted foreign investors. Sixteen proposals including three manufacturing partners of Apple — Hon Hai (Foxconn), Wistron and Pegatron — selected by the government committed to invest a cumulative sum of around Rs 110 billion to manufacture mobile phones worth Rs 10.50 trillion over the next five years. Last year, despite being a pandemic year, investments of Rs 13 billion materialised on the ground and produced goods worth Rs 350 billion in the first five months till December 2020, according to the ministry of commerce and industry. Samsung and Rising Star, and local players Lava, Bhagwati (Micromax), Padget Electronics (Dixon Technologies), Optiemus are some of the companies waiting to invest.