Are These The Good Times?

The finance minister talks about the same old, tired UPA prescriptions while a PMO-centric rule undermines the cabinet system, stifling any debate 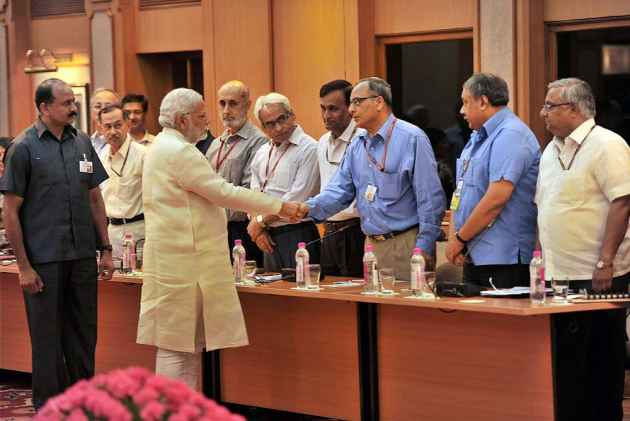 Barely into its fourth week, we already have a fairly good idea about the Narendra Modi government’s trajectories and functioning style. No Prime Minister in the past had come up with so many specific promises and ready solutions. This raised high expectations among the aspiring middle classes who had celebrated the advent of their new messiah. But no one had anticipated that the government will disappoint its fans so soon after assuming the reins.

Modi has suddenly announced he needs at least two years to put the economy on track. He has warned the BJP workers to get ready for a set of unpopular measures like diesel and gas price hike and a cut in welfare spending. Modi’s plain- speak in Goa highlights his deep policy dilemma. After all the brave talk, he now finds himself in the same trap from which Manmohan Singh and Chidambaram were struggling to get out. On investment, prices and employment, Modi dangles the same carrot that Chidambaram and Montek Singh Ahluwalia had trotted out.

There cannot be a crueller joke on the ‘achhe din aanewale hain’ (good times are coming soon — under Modi) slogan. In March-May last, we were all taken in by Modi thundering against the UPA’s failures. His high-tech-driven mega rallies, precise campaign style and ability for mobilization had us believe that t here was a resourceful person who could build a new India. Most of us had admired his spirit of innovation and pragmatism to break out of the UPA deadwood. There was talk of his expert teams working on alternative policy projections to overcome difficult issues like investment and employment creation.

Was all that sheer moonshine? It seems so. His finance minister is talking about the same old UPA prescriptions: subsidy cut, PSU sales, liberal forest and environmental clearances, cheaper land for industries, FDI cap rise and scrapping labour protection laws. But the problem is each move on these lines will produce severe adverse reactions from the affected sections — farmers, forest dwellers, trade unions, including the RSS-controlled BMS that had worked hard to produce the Modi wave. Now BJP ally Shiv Sena too warns of intensifying protests against land acquisition for mega projects.

Last week, there were signs of some innovative moves on holding food and vegetable prices. A meeting of the related ministries was called. It was decided to release food grain from FCI and to unload stocks. Market intervention for supply side management is clearly a departure from the UPA era when the latter’s reform fundamentalism had prompted it to leave everything to market forces. Its success depends on how far the government could resist the pressures from the entrenched trader lobby within the ruling party.

Good governance is an area where the Modi fans had placed much hopes on the new PM. Mobs had repeatedly cheered him for his go-getter, can-do assertions. Unfortunately, this is also an area where the new PM’s obsession with centralization of power has brought about maximum havoc. Many ministers are working without personal staff. A control freak, Modi wanted the PMO screening of the ministerial staff. There have been reports of the PMO striking down appointments even of personal secretaries. The swoop had its reverberations even in PMO. Aspiring personal aides, data entry staff and secretaries are tapping Gujarat connections in PMO for posting as ministers’ contingency staff.

At higher levels, the problem is worse. Modi’s ‘direct-access’ rule to tame department secretaries has produced a trust deficit between the top babus and the much devalued junior ministers. An atmosphere of mistrust and suspicion prevails in many ministries. Barring perhaps four ministries, most have been left in disarray. True, in the past junior ministers were at times left without work or office room. But trust deficit is something that had never happened. Going by the grapevine, some ministers are even avoiding free talk with their babu because the latter might ‘steal’ his ideas and take them to their PMO contacts. Things have reached such a low.

The PM-centred decision making signal a rather more disturbing trend. The proclivity to finalise policy formulations of individual ministries at the PMO by the non-political babu-tech teams is a cause for concern. And that is what has been happening in the past three weeks. Arun Jaitely and Rajnath Singh are among the stand-alone ministers. They are covered by different procedures. But even in their case, things are sorted out at the PM level or his top brass. With more additions and specialized staff in the offing, the PMO is fast emerging as a parallel cabinet.

If the PM continues with the new system, it will have a deleterious effect on the cabinet system and principle of joint responsibility. In healthy parliamentary systems, the PM functions as a repository of different views points. The council of ministers is designed to function as a forum for genuine debate. True, the PM should always have the final word. At the same time, the council of ministers should not be reduced to the status of a rubber stamp to endorse the decision made outside.