The incident comes a day after Pakistani Rangers killed four BSF personnel in Samba district of Jammu and Kashmir. 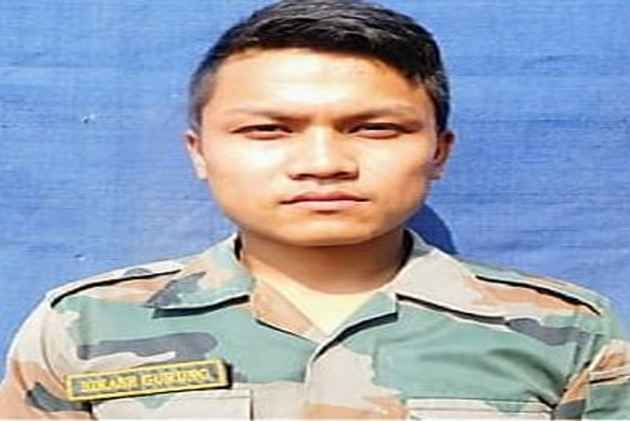 In yet another ceasefire violation, Pakistani soldiers resorted to heavy firing at India Pakistan border and targeted a patrol party along LoC to kill an Indian Army jawan on Saturday. The firing took place in Rajouri district of Jammu and Kashmir.

The incident came a day after the Pakistani Rangers killed four Border Security Force (BSF) personnel, including an assistant commandant-rank officer, in Samba.

A 21-year-old rifleman Bikas Gurung, who belonged to the Khunka Khuki village of Manipur, was grievously injured and succumbed to injuries. The slain soldier is survived by his mother.

Photo of Indian Army's Bikas Gurung, who lost his life during ceasefire violation by Pakistan in Nowshera, earlier today. pic.twitter.com/IPFuP7l8c6

The senior Army officer said the Indian troops exercised maximum restraint despite the unprovoked firing from the Pakistan side across the border due to Eid-ul-Fitr, and called the act highly unethical and unprofessional. However, the officer made clear that the Army would give a befitting response at the time and place of its own choice.

The Army also cancelled exchange of sweets between Pakistani Army and the Indian side on the occasion of Eid.

Eleven BSF troops have so far been killed in cross-border firing incidents along the International Border (IB) in Jammu and Kashmir this year, the highest casualty figure for the border force in a year in the past five years, the latest data revealed.

Meanwhile, the Border Security force (BSF) confirmed on Saturday that they have detention two Pakistanis for crossing into India. The two are identified as Sohail Kamar from Narwal District and Ahmed from Zafarwal Tehsil of Sialkot.