Each Caddy Was A Character Worthy Of A Story, Says UK Bridport Prize Winner Sanjay Kumar

‘The Fore Caddy’ written by V. Sanjay Kumar from Bangalore received the first prize at the prestigious UK Bridport Prize 2018. 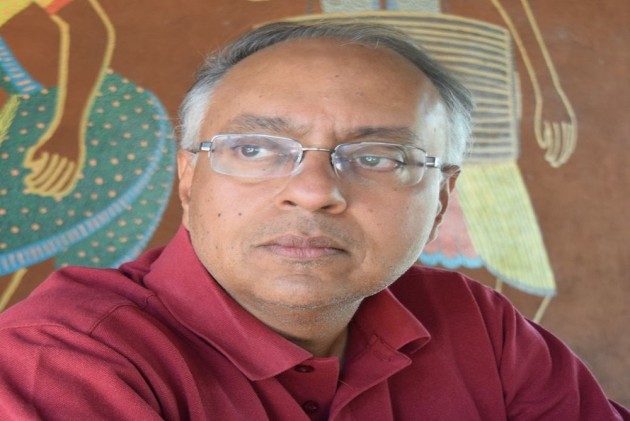 ‘The Fore Caddy’is a heartbreaking yet beautiful narrative set in Chennai.

In the excerpts from an interview with Outlook, Kumar talks about his winning short story, the journey of becoming a writer and the impact of art on his life.

What is the short story ‘The Fore Caddy’ about?

Golf has been a long-standing passion. I succumbed early. A round of golf took five hours and in the heat and humidity of Chennai, it was an arduous pursuit. There was a pay-off and it was as rewarding as it was hard to define. On the golf course, I came across caddies over the years, each a character worthy of a story. Besides carrying the golf bag, a caddie advised the player, encouraged him, on occasion berated him. It was a fraught relationship. Caddies were often blamed for player’s mistakes. Some caddies had to bear abuse. They bore it because the balance of power was with the paying member.

An uncertain day job, an insecure life, and whimsical golfers played on the psyche of the caddies, some of whom took to drink. These men grew up in the vicinity of the golf course, began as young boys who ran around collecting practice balls, or ran ahead of players making sure precious balls did not get lost in the rough grass during a round. As boys, they were called forecaddies.

My regular caddie, a bus conductor otherwise, began as a forecaddie. He was good at reading greens and provided sane advice on shot selection. He could smell a snake in its vicinity. He could spot an edible mushroom from the poisonous ones on the course.

A number of these caddies played the game and played it well despite lack of coaching and adequate equipment.

My story belongs to this milieu.

Golf wasn’t just a sport any more. For the caddies, it was a life being lived.

I used all of this in writing up narratives, one of which resulted in this story.

2. Why choose Mumbai and Chennai of all the cities?

With the exception of two-month stints in my place of birth (Karaikudi in Tamil Nadu) during school summer holidays, I am a city-bred person.

I spent fifteen years in Mumbai in the eighties and nineties. The city transformed in those years and I am still getting to grips with the nature of that transformation in my fiction.

I grew up in Madras, studied in a convent school, stayed in Brahmin enclaves, and learnt some Tamil from them. At home, we spoke a mixture of Hindi, English, and Tamil. My family has a UP baniya background. We don’t wear our caste on our sleeve. My surname chosen by my parents says nothing of where I am from.

I treasure this mixed background. When people ask, ‘Where are you from?’ I don’t have a short answer.

I am not very sure what effect Madras has had on me. I have not interrogated it as such. But I am quite happy to be called a Chennai-wasi as much as a Mumbaikar. I stay in Bangalore currently and still write narratives based in Mumbai and Chennai. In some ways, the separation helps.

3. When did you decide to become a writer?

Late in life, as the saying goes. In my prime, if you ask me.

My colleague at Sakshi Gallery, Geetha, gifted me a slim book called Jejuri in 2009. I had exited my software business and had time to spare. Reading Jejuri I wanted to write like Arun Kolatkar. Nobody could, I discovered. The first two-hundred-page narrative I wrote ensued failure but I wasn’t disheartened. I enjoyed the process of writing and that egged me on. My next attempt was set in the art world and in 2012 it resulted in my first book Artist, Undone.

4. Tell us about some of your published works.

My first novel, ‘Artist, Undone’ navigates the art world and it does so through the eyes of an outsider, a marketing executive in Mumbai with a mid-life crisis wanting to do something reckless. The protagonist buys an expensive painting, returns to his family in Chennai where his wife has an affair with a painter living in a near-by artist village. He tries to sell the painting, and in the process, the world of art draws him in and unravels him.

The second book, ‘Virgin Gingelly’, is set in a street in Chennai and draws a thread through the lives of people living in a small colony.  ‘The Third Squad’, my most recent novel has been called a literary noir offering and in the background, it has Bombay morphing into Mumbai.

5. In what ways have you contributed to Arts in India?

It has been a long association and that is as much as I am willing to say. I would rather dwell on the impact the art world has had on me. Artists have broadened my world-view and introduced me to vacana poetry, to dhrupad music, to the strange worlds they inhabited. I attribute my creative journey to this internship. The Arts in India can contribute so much if each of us allows them to.

6. What are some of your upcoming projects/stories?

I was working on a novel at the time ‘The Fore Caddy’ won the UK Bridport Prize. The novel looks at caste and politics in a current context. I write about contemporary life, about current situations and the recent past. The challenge for me is to come up with a narrative that is interesting and relevant without being larger than life or set in a distant past. I am still struggling to arrive at an apt title for this book.

In writing novels I distance myself from work-in-progress from time to time and in these periods short fiction keeps me busy.