During the cross-examination, Jethmalani asked Jaitley if he was aware that in the suit, the word "libel" or "slander" had not been used anywhere 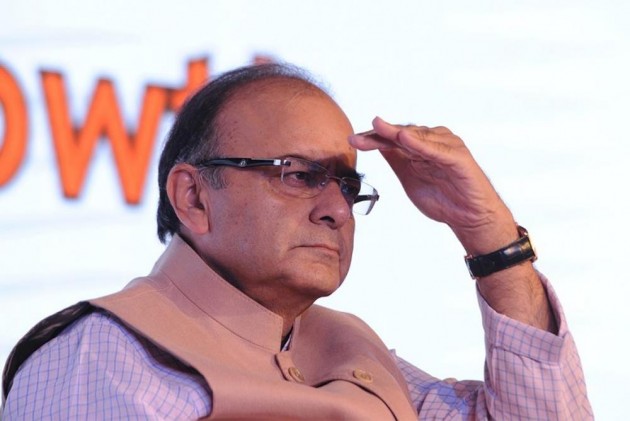 Finance Minister Arun Jaitley on Monday stated that the CBI raid on Delhi CM's principal secretary's office had nothing to do with the DDCA probe.

He was being cross-examined in his civil defamation suit against Arvind Kejriwal and Aam Aadmi Party leaders.

In December 2015, the CBI raided the office of Rajendra Kumar – then principal secretary to Kejriwal. Delhi CM Arvind Kejrwiwal had alleged that the CBI raid was conducted to influence his government's vigilance probe into allegations of corruption and financial bungling in the Delhi & District Cricket Association (D&DCA). Jaitley had led the D&DCA as its chairman between 2000 and 2013.

Jaitley, a senior advocate himself, had filed a civil defamation suit of Rs 10 crore against Kejriwal for his remarks in December 2015.

The cross took place in a room of a Registrar of the Delhi High Court, packed with curious observers.

Backed with more than 75 years at the bar, Jethmalani, a senior advocate, cross-examined Jaitley, who also has had more than three decades as a lawyer in Delhi High Court and the Supreme Court.

Jethmalani and Jaitley have been colleagues in the Atal Behari Vajpayee-led NDA government. They had both been in the Bharatiya Janata Party for several years, from which both have been Rajya Sabha members. However, the BJP expelled Jethmalani in 2013 for 6 years.

Jaitley clarified that the statements made by Kejriwal were beyond the realm of political criticism and made just after the raid on Kumar's office. Jethmalani asked if the CBI had expected to find the documents related to the D&DCA probe, but Jaitley denied this. The FM further said that the whole point of the defamatory remarks was to deflect attention from the CBI raid.

Jethmalani also asked Jaitley if he was aware of the AAP government's order for a probe into the D&DCA. Jaitley replied that he had in fact read of the inquiry and quoted media reports that Chetan Sanghi -- the Delhi government bureaucrat handling the D&DCA probe -- had written to the central government asking for a central deputation.

Jaitley said that, as per news report, Sanghi had made this request because "...State government (Delhi) felt offended by him for his having refused to name a certain VIP in the D&DCA inquiry."

Jethmalani asked if Sanghi had later become Jaitley's friend and showed him the D&DCA probe report.

Jaitley denied ever having met with Sanghi or even asking him about the report in any manner.

During the cross-examination, Jethmalani asked Jaitley why he had said that the real damages for the defamation had been "unquantifiable" and if it was because no real damage had been done.

The finance minister responded that Kejriwal and his AAP colleagues' remarks had caused great mental distress to him, which could not be quantified n monetary terms.

During the cross-examination, Jethmalani asked Jaitley if he was aware that in the suit, the word "libel" or "slander" had not been used anywhere. This indicated one of the fence strategies that Jethmalani is likely to take because the law requires that actual 'libel' or 'slander' must be established in order to claim damages. 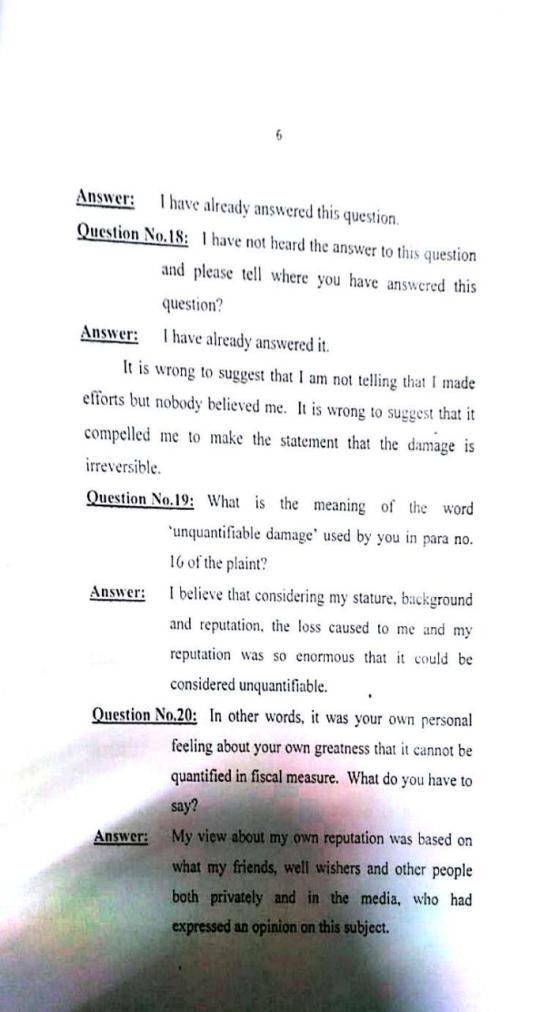 Jethmalani also pointed out that Jaitley's plaint had spoken about "goodwill", which was different from reputation.

Though the court later disallowed the question, Jethmalani pointed out that even a crook could have "goodwill" by virtue of some good actions.

Jethmalani expanded the rhetoric and asked if "men in power who do good things for their good friends, enjoy a lot of goodwill?"

This question was also disallowed by the court.

There is also a criminal defamation complaint pending against Kejriwal and the others. Last year, the Supreme Court had refused to interfere in the criminal case at this juncture.

Jethmalani had appeared for the AAP leaders, arguing that the criminal complaint trial should not run simultaneous to the civil suit.