Arunachal Governor Plays Saviour, Takes Pregnant Woman In His Own Chopper To Hospital

The distance between Tawang and Itanagar is over 200 km by road in the hilly terrain and it takes around 15 hours. But by air, it is around two hours. 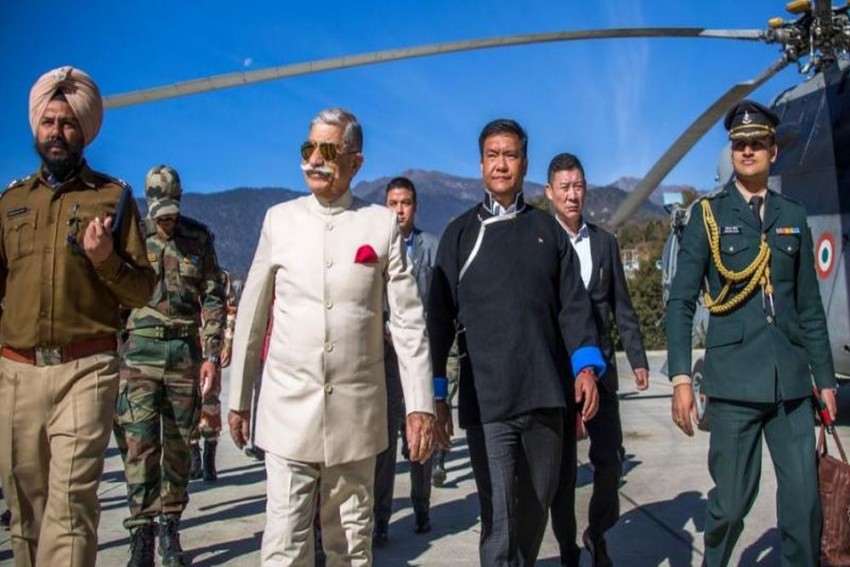 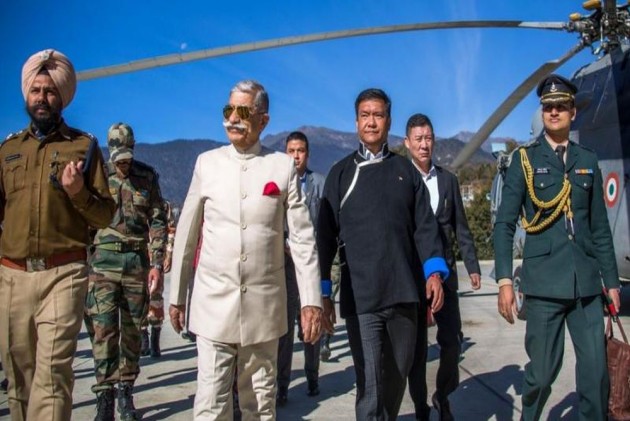 In a humanitarian gesture, Arunachal Pradesh Governor Brig (Retd) BD Mishra took a woman, who was in urgent need of medical attention, in his helicopter from Tawang to a hospital in Itanagar, Raj Bhawan sources said Thursday.

And, when the chopper developed a snag after refuelling at Tezpur, the Governor requisitioned an Air Force helicopter and let the woman and her husband leave first for the capital city. He returned later in another aircraft.

Not stopping at that, Mishra also arranged for an ambulance with a lady gynaecologist at the Raj Bhawan helipad at Itanagar to take the pregnant patient to hospital without losing time, the sources said.

At the Heema Hospital here, the patient underwent a successful emergency caesarean delivery.

The distance between Tawang and Itanagar is over 200 km by road in the hilly terrain and it takes around 15 hours. But by air, it is around two hours.

The chain of events started at an official programme in Tawang on Wednesday after the Governor overheard a conversation between Chief Minister Pema Khandu and the local MLA.

The MLA was informing Khandu that a patient was in a critical condition, but there was no helicopter service between Guwahati and Tawang for the next three days, the sources said.

Mishra offered to take the patient and her husband with him to Itanagar in his helicopter and the two officers, who had travelled with him, would stay back at Tawang to accommodate the couple.

The helicopter had to land at Tezpur in Assam for refuelling, but after that, the pilot noticed a technical snag in the chopper and the flight had to be aborted.

Concerned over the condition of the patient, the Governor made a requisition bid to the Air Officer Commanding of the Air Force Station, Tezpur, for another helicopter. The patient and her husband were taken to Itanagar, the sources said.

He followed them in another chopper later.

After coming to know about the woman's successful surgery, Mishra conveyed his best wishes to her and her baby, they added.