China claims Arunachal Pradesh as part of 'Southern Tibet' and has objected visit of top Indian ministers or Tibetan spiritual leader The Dalai Lama to the state. 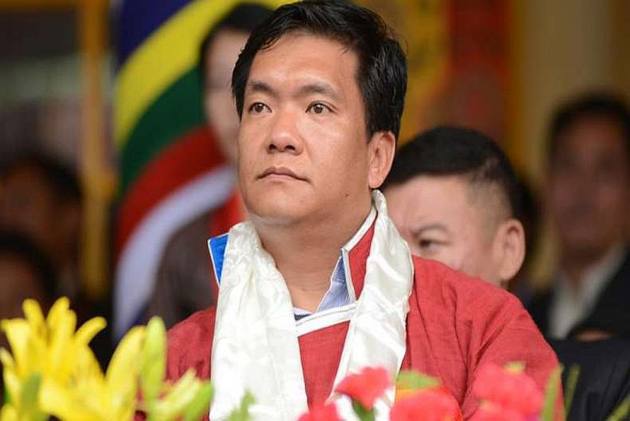 Arunachal Pradesh Chief Minister has pitched for increased border trade with China using a Second World War highway built by the allies in 1944.

"We need to look at this region from the lens of trade. If there can be trade (with China) through Nathu La pass in Sikkim or through Lipulekh pass in Uttarakhand, why can't there be trade through Stillwell Road,” said Pema Khandu.

That Khandu raised the issue in presence of Defence Minister Nirmala Sitharaman was significant.

During a memorial lecture in Itanagar on Sunday, Sitharaman called for strengthening Sino-Indian rapprochement ahead of the Chinese Defence Minister's visit to India, adding, "We need to compete, but it should never end up in conflict."

China claims Arunachal Pradesh as part of 'Southern Tibet' and has objected visit of top Indian ministers or Tibetan spiritual leader The Dalai Lama to the state.

Speaking at the same lecture, Khandu described the Stillwell Road, that begins in Assam and ends in China's Yunnan province after passing through Arunachal Pradesh and Myanmar's Kachin state, as the "prime mover for cross-border trade and economic integration in the region."

"If this road is operational, it will not only facilitate the movement of goods but will also help in building cultural and people to people ties,” said Khandu, to a huge applause from the audience.

Three months ago, Assam Chief Minister Sarbananda Sonowal had also pitched for opening the Stillwell Road for cross-border trade with China and Myanmar.

Like Khandu and Sitharaman, Sonowal is also a leader of the BJP, a party which pushes for a strong 'Act East' thrust to foreign policy to connect to Southeast and East Asia through northeast India.

But India has been so far wary of opening the Stillwell Road for trade with China, despite periodic push from regional politicians like Assam's former industry minister Pradyut Bordoloi.

The main opposition has come from the Indian Army, which is deployed heavily in the area, because it fears China could use it to outflank Indian defence forces in eastern Arunachal Pradesh.

That view is largely shared by Indian military commanders even now, but regional politicians are keener to develop trade using this wartime highway.

A study by the Indian Chamber of Commerce 15 years ago had suggested that the Stillwell Road can, if properly renovated and maintained, take up to 20 per cent of the bilateral trade between the two Asian giants.

The study said Chinese ports are faraway in the country's eastern coast and it makes more sense to export to western and South western China using the Stillwell Road that connects to Yunnan.

China has been receptive to using this highway and another land route used during a BCIM car rally that goes into the lower parts of Northeast India through Myanmar.

Chinese consul general in Calcutta Ma Jhanwu had even told the media his country was keen to start a bullet train to connect Kunming in Yunnan to Kolkata.

This has encouraged northeast Indian leaders to push for cross-border trade with China because they believe that could change the face of their stagnant economies.