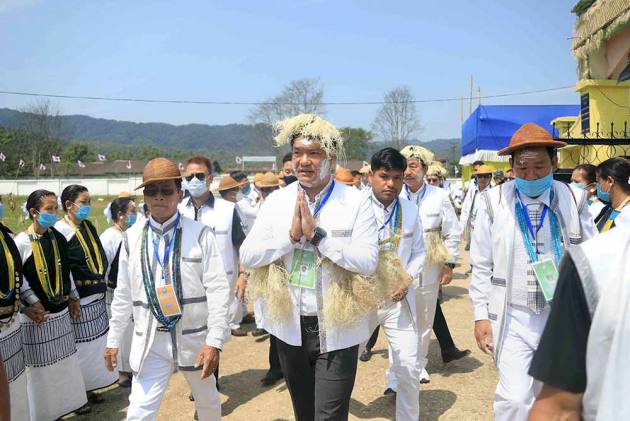 Both the governments have agreed to maintain status quo and resolve the matter peacefully, he said. The discussions began after the Assam forest department last week served an eviction notice to residents of three villages on the disputed border. “This is unfortunate. The matter has been taken seriously by the state government and talks have begun at various levels," Felix told reporters here.

The Range Forest Officer (RFO) of Harmutty in Assam’s North Lakhimpur district issued a notice asking people of three villages under Kimin Circle to vacate the place within 15 days, evoking resentment among various organisations in Arunachal Pradesh. “The DCs and SPs of adjoining districts of the two states are already on talks to resolve the matter,” he said. Arunachal, which was carved out of Assam, was initially a Union territory. It became a full-fledged state in 1987. The two states share an 804.1 km long border.

Arunachal's grievance is that during re-organisation of North-eastern states, several forested tracts in the plains that had traditionally belonged to hill tribal chiefs and communities were
unilaterally transferred to Assam. After Arunachal Pradesh achieved statehood, a tripartite committee was appointed which recommended that certain territories be transferred from Assam to Arunachal. Assam contested this and the matter is now pending in the Supreme Court.

Felix also urged the All Nyishi Students' Union (ANSU) to withdraw the call for Capital complex region bandh on Tuesday in the greater interest of the state and its people. The ANSU called the 12-hour bandh over demands including withdrawal of FIRs registered against its leaders after an agitation. “Adequate security measures have been put in place to ensure that daily activities of the capital region are not affected by the bandh call.

"While all government offices will function normally, state transport busses will be placed for lifting and dropping of employees,” the home minister said and appealed to the business establishments to open their shops. He added that the state government would like to assure the citizens of the capital region that the police and the administration would ensure safety and security of the people.

There is an exam scheduled under the CBSE board on November 23 and considering their situation, the student body should call off the bandh, Felix said.