The Pink Line, also known as the Ring Road Line, is an almost circular line that passes alongside the busy Ring Road in the national capital in a U-shaped pattern, that witnesses massive traffic jams every day 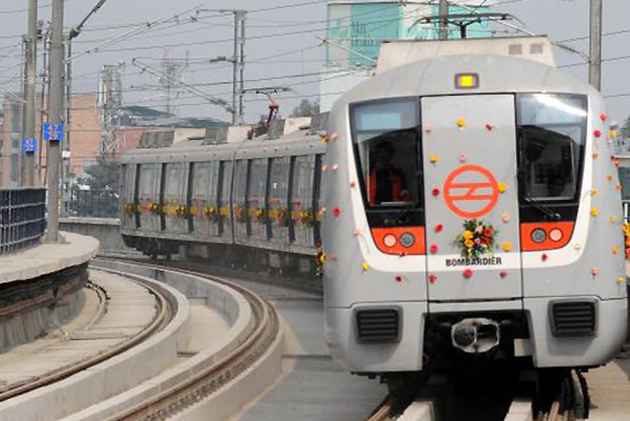 Commuters will get a chance to take a metro ride in the swanky new Pink Line, which is scheduled to become operational from Wednesday evening.

The 21.56 km long Majlis Park to Durgabhai Deshmukh South Campus corridor will be flagged off by Delhi chief minister Arvind Kejriwal and Union minister for housing and urban affairs (independent charge), Hardeep Singh Puri at 4 pm from Metro Bhawan and will be opened for public use from 6 pm, the Delhi Metro Rail Corporation (DMRC) said in a statement.

The Pink Line, also known as the Ring Road Line, is an almost circular line that passes alongside the busy Ring Road in the national capital in a U-shaped pattern, that witnesses massive traffic jams every day.

The over 20 km line is a part of the entire 58.9 km corridor. When completed, it will become the longest Metro line in the country.

The new section will especially benefit college students, as the Delhi University's South and North campuses would be connected directly by the metro for the first time. Students can reach South Campus from Vishwavidyalaya station of the Yellow Line within 40 minutes.

The Durgabai Deshmukh South Campus station is also expected to become a major transport hub as it will be connected to the existing Airport Express Line station at Dhaula Kuan, via a 920 m foot over bridge. However, the bridge is not ready yet and will be opened by June.

For the first time, travellators have being installed on foot over bridges in the interchange stations of the Pink Line to facilitate seamless commuter movement, such as Rajouri Garden and the under-construction bridge linking Dhaula Kuan to South Campus.

A senior DMRC official said that the end-to-end travel time on the over 20 km section of the Pink Line would be 34 minutes.

The Commissioner for Metro Rail Safety (CMRS), which inspected the stretch from February 26 to 28, has given the clearance for launching operations on the new line.

There will be five interchange stations on this stretch - Azadpur (Yellow Line), Netaji Subhash Place (Red Line), Punjabi Bagh West (Green Line), Rajouri Garden (Blue Line) and South Campus (Airport Express Line). The Pink Line will also be the first ever line to link with all the existing lines of the Delhi Metro network.

Delhi Metro's new generation trains, which can run without drivers, will also run on this section where an advanced Communication Based Train Control (CBTC) signalling technology, which is already operational on the Magenta Line.

"The new signalling technology will facilitate the movement of trains with a frequency of 90 to 100 seconds. However, for an initial period of two years the trains will have drivers," the DMRC added.

The 21.56 km-long corridor, once opened, will also reduce metro travel time between Dwarka Sector-21 (Blue Line) and Rithala (Red Line) by over 16 minutes and Rajouri Garden and Azadpur by nearly 23 minutes, the DMRC stated.