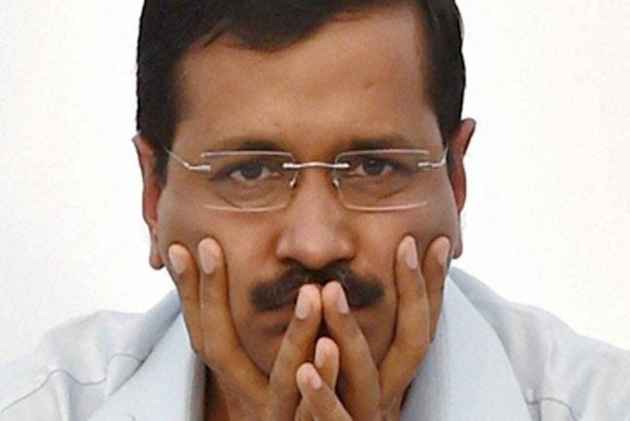 Delhi chief minister Arvind Kejriwal on Friday came under attack from several quarters over his apology to SAD leader Bikram Singh Majithia for accusing him of being involved in drug trade.

"A classic example of a smear campaign run by them (AAP) in Delhi and Punjab by spreading false propaganda. They built the entire momentum of their election campaign (in Punjab) on lies...He (Kejriwal) stands thoroughy exposed," she said.

In a surprising development, Kejriwal on Thursday tendered an apology for having levelled "unfounded" allegations against Majithia in connection with his involvement in drugs trade. The SAD leader later decided to withdraw a defamation case against the Delhi chief minister.

Congress leader Pratap Singh Bajwa said the AAP supremo did not have the guts to stand by his words, while BJP's Vijender Gupta said Kejriwal could have rendered his apology publicly instead of sending a private letter.

"Why did he (Kejriwal) send his apology privately when he had made the allegations publicly," Gupta asked.

"I feel Kejriwal has murdered AAP in Punjab. It is as if their existence has been wiped off. With what face will they speak against drugs in Punjab now?" he asked.

It is a let down to the people of Punjab. I feel Kejriwal has murdered AAP in Punjab. It is as if their existence has been wiped off. With what face will they speak against drugs in Punjab now?: Navjot Singh Sidhu, Congress over Arvind Kejriwal's apology to Bikram Singh Majithia pic.twitter.com/7IOvezRbOo

Reacting to the development on Twitter, senior AAP leader Kumar Vishwas said, "I have been regularly dropping my shows to attend several court hearings related to 2013, 2014 and 2015 poll campaigns without any legal assistance from AAP. Another one pending tomorrow and I hv been again engaging my personal lawyers for this. Will carry on this fight. Jai Hind (sic)".