This is the second USD 6 billion package which Imran Khan has managed to obtain in the last few weeks as Pakistan reeled under severe financial crisis. 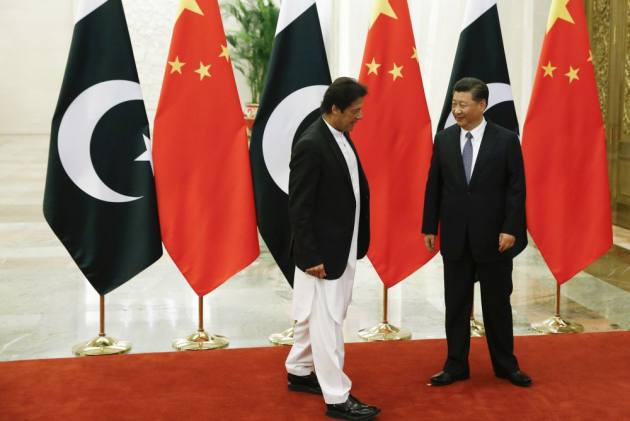 As Pakistan Prime Minister held talks with Chinese President Xi Jingping on Friday, China has reportedly agreed to provide USD 6 bilion in aid to the cash-strapped Islamic republic in order to minimise its dependence on an IMF bailout package.

Khan, who arrived in Beijing in the early hours on Friday on a four-day visit, met Xi in the Great Hall of People where the two leaders also held one-on-one meeting besides delegation-level talks, Pakistan media reports said.

A loan of USD 1.5 billion is also expected to be offered, along with an additional package of USD three billion for the China-Pakistan Economic Corridor (CPEC), the report said.

The loan and the investments were reportedly part of the USD six billion package.

There is no official comment from Beijing yet on the report.

This is the second USD 6 billion package which Khan has managed to obtain in the last few weeks as Pakistan reeled under severe financial crisis.

Saudi Arabia will place USD 3 billion cash deposits with the State Bank of Pakistan, in addition to providing a one-year deferred payment facility for the import of oil, worth up to USD 3 billion, according to the Pakistan Foreign Office

Pakistan Finance Minister Asad Umar, who is accompanying Khan, earlier told media in Islamabad that his government's strategy was to seek loans from multiple sources instead of asking the International Monetary Fund (IMF) alone to plug the entire gap in the country's financing needs.

Pakistan is in search of USD 12 billion foreign loans and aid to avoid default on international debt obligations, as the country is required to return USD 11.7 billion loans to foreign countries.

Khan's visit evoked considerable interest here as it comes in the wake of his past criticism of the USD 50 billion China-Pakistan Economic Corridor (CPEC) projects and remarks by his ministers to cut down some of the projects over debt concern.

Khan's visit to China will provide an "opportunity" for the two countries to open a "new chapter" of bilateral relations "under the new circumstances," Chinese Foreign Ministry spokesman Lu Kang said on Monday.