As Waters Recede In Kerala, Miseries Of Victims Emerge Sharper

Nearly 13 lakh people currently taking shelter at the relief camps in the state, as therir homes and properties have been lost to the floods and rains, are uncertain about their future. 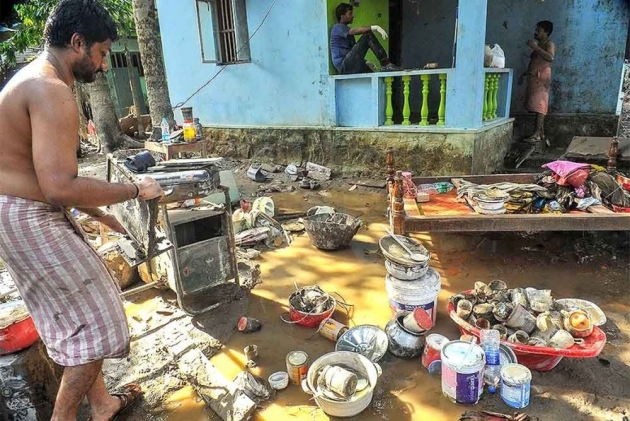 Even as rains started to subside in the coastal state of Kerala, there seems to be no end to the misery and destruction caused by the floods and landslides in the state, which have claimed over 230 lives since August 8.

Nearly 13 lakh people currently taking shelter at the relief camps in the state, as therir homes and properties have been lost to the floods and rains, are uncertain about their future. "Everything is lost. We are ruined," said an elderly woman, fighting back her tears.

Many houses are still inundated. Even in houses where the water has been drained out, broken pans and pots strewn everywhere signify the multitude of the problems facing them. 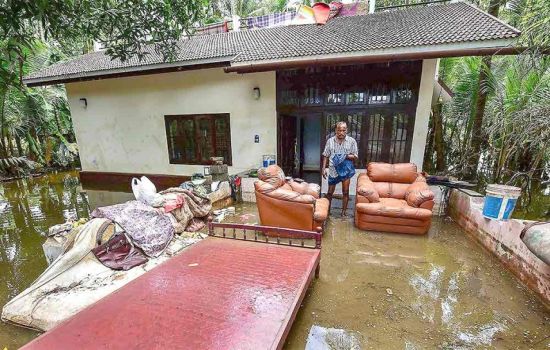 Sabitha, who has registered at a camp in Pandalam, said she had a small shed for a home and now that too has been ruined due to the rains.

"Muddy waters entered my home when I was asleep with my son. I grabbed my child and escaped in the nick of time," she said.

"I had bought rice, coconuts and other provision as Onam was round the corner. I could not save anything," she said.

Jalaja, who returned to her small house from the camp at Pandanad near Chengannur, believes her home is in no condition to move back into. The only toilet in the house was overflowing and the well water was dirty.

"The well has to be cleaned. We need water to drink and to prepare food. The toilet has to be repaired. After all this, we can think of moving back", she said.

Many women have no clothes to wear. "I left home in a hurry with my family. Since the last five days I am wearing the same clothes. Please give us something clean to wear," said a woman, voicing the demand of thousands' of women.

Comfort clothes like nighties and lungies are most sought after in relief camps, according to authorities.

There has been no rain in the past three days, however flood water is yet to recede from many places. The situation is particularly critical in Kuttanad, which is one of the few places in the world where paddy farming is done 1.2 metre to 3 metre below sea level.

Flood waters receding is not the panacea for all ills. As waters subsided in Cheruthoni in Idukki district, many were shocked to see huge deposits of sand and slush inside and outside their homes.

Many cannot even open the doors of their homes. Earth-movers are being used at many places to remove the accumulated mud and sand.

The heavy rains and consequent floods have claimed 231 lives since August 8, besides causing an estimated loss of Rs 20,000 crore to the state.