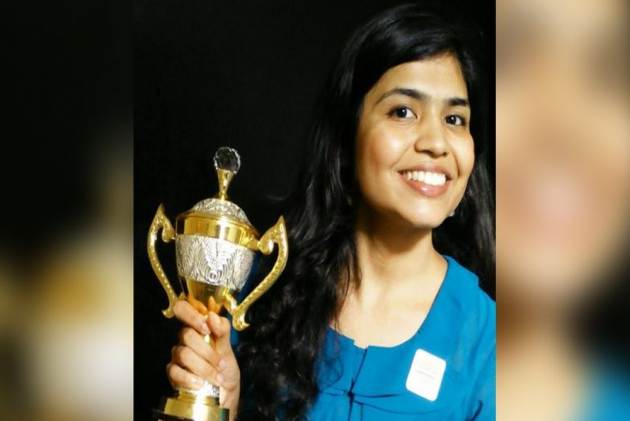 To Soumya Swaminthan, it isn’t Iranian laws per se with which she has a problem. Instead it is making it obligatory for all women to wear headscarf in public all the time that she cannot support, says the Indian player who has opted to pull out of the upcoming Asian Nations Cup Chess Championship in the West Asian country.

“Had it been optional, I wouldn’t have had any issues. I will not attend tournaments in Iran or any other country that imposes religious or cultural dress codes,” the feisty 29-year-old told Outlook on Thursday.

Thus, amid heightened protests within Iran against the country’s stringent laws enforcing women to dress in accordance with Islamic teachings, a feisty woman grandmaster has made a seemingly significant show of joining that spirit.

On social media, Soumya had said that the laws of the host nation, being imposed on the participants irrespective of the faith they follow, violates her basic human rights. And that includes “my right to freedom of expression, and right to freedom of thought, conscience and religion”, as per a Facebook announcement of hers posted on June 9. “There is no place for enforceable religious dress code in sports,” asserts the sportsperson, who was born in Palakkad of Kerala.

Soumya, all the same, is not the first sportswoman to have objected to the ‘compulsory headscarf rule’ in Iran. In 2016, Indian shooter Heena Sidhu had pulled out of the Asian Air Gun Shooting Championships for the same reason. Only last year US grandmaster Nazi Paikdze boycotted the World Championship, while Iranian grandmaster Dorsa Derakhshani was sacked by her own country for refusing to abide by the rules. All these women had one demand: don’t flatly impose all your rules upon us.

So, was Soumya inspired by the other sportswomen who had boycotted the tournaments before her? No, she tells Outlook, saying she had decided way back in 2011 not to play in Iran if the country continues with the law. “I had previously visited Iran twice when I was a child, and the other time in 2011. Both times I was made to wear a headscarf in public, more so in 2011 when I had grown up. Not just while playing chess, but even while doing routine stuff like jogging or eating. I had decided then and there I won’t come here again to play.”

Soumya, who won the 2009 World Junior Girls’ Championship and the Indian Women’s Championship two years later before becoming the 2012 Commonwealth women’s champion, speaks for herself. For instance, she says it’s about her personal rights as a human being to choose how she dresses, in accordance with the National Team Dress or Formals or Sporting attire, but her assertions bear a streak of the protests in Iran. There, in the streets early this year, women took off their headscarfs in rebellion. Hundreds of them were arrested and detained, but the spirits of the women remain undeterred.

The move by a sportswoman like Soumya to refuse to abide by Iran’s rules assumes significance in this backdrop of the massive protests against what is perceived by many as a tool to oppress women. The obligatory Hijab law for all women in Iran has witnessed a decades-long battle to win the right of self-determination and self-choice.

Opting out of a significant event like next month’s Asian Nations Cup could also have unfavourable implications for Soumya, but she is determined to put her rights over everything else. “I won’t lie. It does hurt that I am not a part of such an important event. It’s every player’s dream to represent one’s nation globally,” she says. “But it’s also about individual rights that have to be taken into consideration.”

Slow But Sure Progress In Iran

Until before January this year, any woman seen in public without a headscarf in Iran was liable to punishments that involved fines, jail term or both. The law continues to persist, but that country’s women will no longer be arrested for uncovering their heads—a move lauded by feminists as a step towards liberalisation of the ‘anti-women’ rules. Instead, the police will provide “educational classes on Islamic values” to the ‘offenders’.

The move followed decades of protests by resilient women. A report by the Iranian government shows 49 per cent of its population being against the country’s compulsory hijab law. The number may just get higher with each passing day.

If women are ‘allowed’ to choose whether they wear a specific type of clothing, and, among them, those into sports are ‘allowed’ to represent their nation in their own choice of attire, Soumya says she will visit the country “definitely.”