Dhoni, who stumped Das and Mortaza, has now affected 800 dismissals in international cricket and is third in the all-time list behind Boucher (998) and Gilchrist (905). 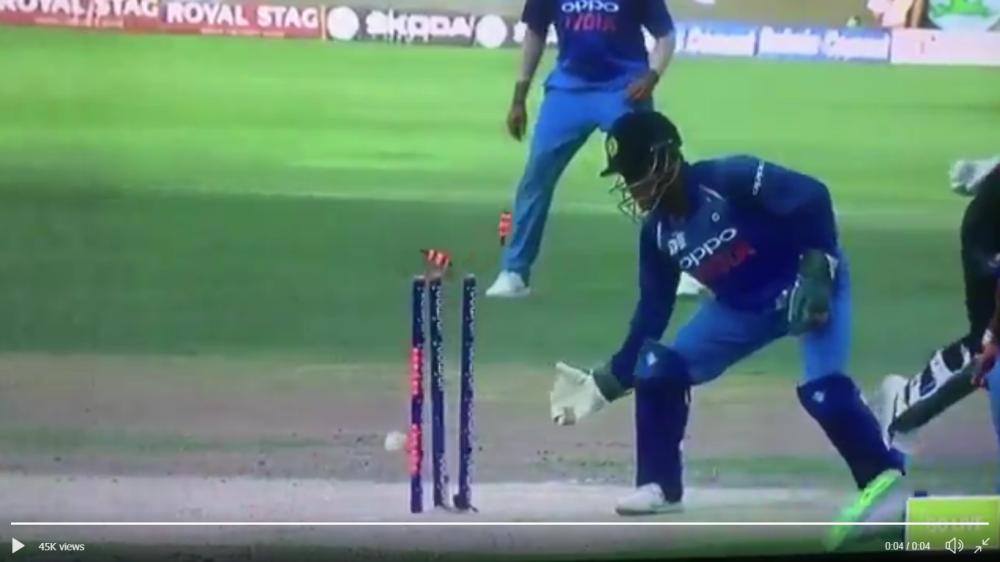 Mahendra Singh Dhoni has been struggling to score runs freely, but the former India captain is still one of the fittest and safest wicket-keepers in the world.

The 37-year-old scored only 36 runs in India's three-wicket win over Bangladesh in the Asia Cup final on Friday at Dubai. But the legendary gloves-man more than made up his lack of runs with some brilliant work behind the wicket.

Topics on his stumpings and deflections have dominated social media trends on the match day. Some fans were generous enough to share clippings and videos from the match, featuring stumping of Liton Das and one brilliant piece of fielding.

Not a Wicket Taken One. But see the Brilliance. The name is #Dhoni.

Asia Cup, Final: India Vs Bangladesh – As It Happened...

Dhoni, who stumped Das and Bangladesh captain Mashrafe Mortaza, has now affected 800 dismissals in international cricket and is third in the all-time list behind Mark Boucher (998) and Adam Gilchrist (905).

With the upcoming World Cup next year in England, Indian fans are worried that such numbers will not do justice to a good team which can actually win the tournament.

And with heir apparent Rishab Pant making all the right noises, fans think that it's high time Indian selectors give the chance to the young player.

Chasing a modest target of 223 runs, India almost lost the match, with the middle-order once again failing. The Indian camp was expecting Dhoni to give the finishing touches, as he had done in the previous Asia Cup final two years ago.

But the 37-year-old could manage only 36 runs from 67 balls as India found themselves struggling at 160/5. India somehow managed to win the match in the final over.