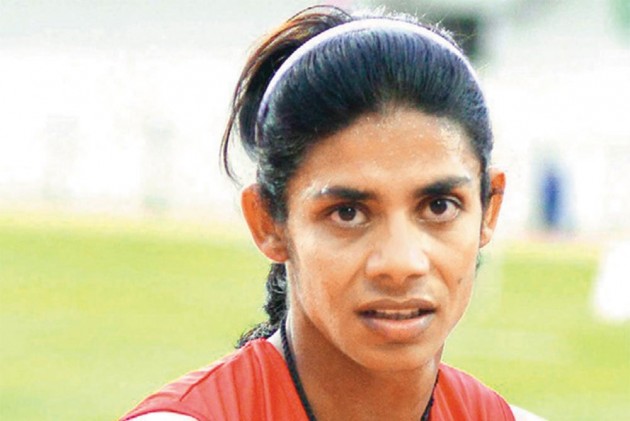 Asian champion quarter-miler Nirmala Sheoran's failed dope test hasn't come as a surprise to the Athletics Federation of India (AFI) with President Adille Sumariwala saying that she was kept out of the Asian Games relay events owing to her dubious whereabouts record.

Sheoran, who came fourth in the women's 400m event of the Jakarta Asian Games earlier this year, has been provisionally suspended after tests conducted in the WADA's Montreal laboratory.

"Nirmala never attended any national camp before the Asian Games and that's why, we purposely didn't select her for either of the two relay events (4×400m women and mixed). We could have lost two medals because of her. Now it's all over with a four year ban," Sumariwala told PTI on Tuesday.

Sanjivani and Jhuma were part of a camp in Bhutan for middle and long distance runners before the Asiad but Sumariwala rejected suggestions that even national campers are in the dope net.

"None of the athletes, who have tested positive, are regular national campers. The Bhutan camp that you are talking about, some of them joined after they were tested at the Guwahati Nationals," Sumariwala said.

"If you look at our regular campers, they are regularly tested. They are aware of the no needle policy and every other aspect of anti-doping measures. This result reasserts that athletes should stay in national camps," the former India sprinter said.

The National Anti-Doping Agency's (NADA) Director General Naveen Agarwal was unavailable for a comment on the matter.

The NDTL's testing mechanism has come under the scanner after WADA asked for nearly 40 samples, which were declared dope-free by the Indian agency.

"There is every possibility that it will be the Athletes Integrity Unit (AIU) of WADA that will be testing the B samples instead of NDTL," a source in NADA said on condition of anonymity.

She has tested positive for Stanozolol (popularly known as the Ben Johnson drug), but the substances found in samples of other athletes are yet to be known.