The inaugural edition was clinched by India while Pakistan won the title twice in 2012 and 2013 before India lifted the title again in 2016 held in Kuantan, Malaysia. 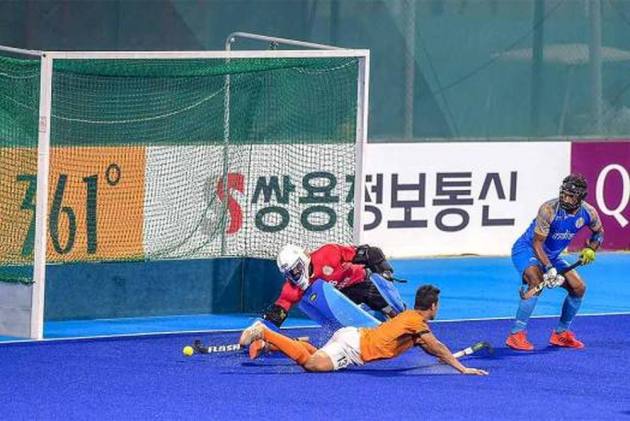 After the disappointment of Asian Games, Indian hockey team will fight for continental supremacy at the six-team Asian Champions Trophy tournament at Muscat, starting October 18.

Placed fifth in the latest world rankings, the Manpreet Singh-led side is the top-ranked team among the competing nations, while Japan are ranked No.16.

World No.12 Malaysia, World No.13 Pakistan, World No. 14 Korea and a highly inspired Oman team round up an exciting mix of teams promising a fiercely competitive tournament ahead.

The fifth edition of the 10-day biennial event will be one of the first big-ticket hockey events to be played in the vibrant capital city of Muscat.

Introduced in 2011, with the first edition played in Ordos, China, the Asian Champions Trophy is a marquee event in the Asian Hockey Federation's calendar.

The inaugural edition was clinched by India while Pakistan won the title twice in 2012 and 2013 before India lifted the title again in 2016 held in Kuantan, Malaysia.

"The AHF is pleased to announce that the Trophy unveiling for the prestigious event will be held on October 16 in Muscat. I expect the competition to be fierce and engaging for the global audience," AHF President Prince Abdullah Ahmad Shah said.

He further thanked Hero MotoCorp for their continued support as the lead partner of Asian Hockey Federation.

"We are once again grateful to have Hero MotoCorp, one of India's most successful business house and an organisation that has shown extraordinary support for the sport over a number of years, as title sponsors for the 5th edition of Asian Champions Trophy."

India will start their campaign on October 18 against Oman, followed by clashes against Pakistan and Japan on successive days on October 20 and 21.

India, world no. five will take on Malaysia on October 23, before concluding their round-robin round the following day with a South Korea clash.

Four top teams will qualify for the semis.