All athletes have been given a forex card but the money is not loaded in it yet. 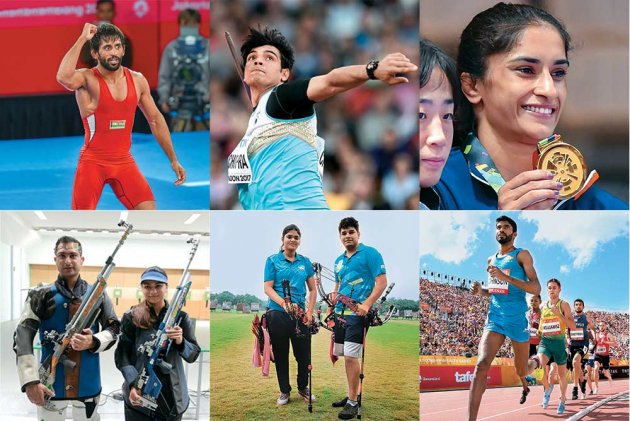 Even as the competition at the Asian Games is coming to an end however, the Indian athletes are yet to get their daily allowance of $50 per day, said an official.

Athletes of major sports that include tennis and shooting though have fetched India three gold medals so far, however, they are yet to get their due.

The Indian participation in tennis is already over and shooting will end on Sunday. Most of the tennis players and shooters have already departed for their next assignment.

Shooters are headed for the World Championships in Changwon while some tennis players including doubles gold medallists Rohan Bopanna and Divij Sharan will be competing at the US Open in New York.

All athletes have been given a forex card but the money is not loaded in it yet.

B S Kushwaha, deputy chef de mission from the Indian Olympic Association, said that forex cards will be activated soon.

"The cards are to be activated from Delhi, not here. I am in constant touch with the IOA officials in Delhi and they said it will be done soon. It could be done by today evening," Kushwaha said.

The allowance is sanctioned by the Sports Ministry but it is the IOA which is in charge of ensuring the athletes get the DA.

While the delay doesn't impact the senior players much, the junior athletes are left in the lurch.

"Everything is taken care of in the Games Village but there are times you need the money. My point is that if you have to give the money anyway, why not do it at the start of the tournament? Most of the tennis players are gone, so what is the point if they load the card now,” an Indian athlete told media on condition of anonymity.

A team official from the shooting contingent said there was no delay during the Commonwealth Games in Gold Coast but they are awaiting the allowance this time.

"We are told we would be getting it by tonight. But obviously, it is better if we get it at the start of the event or even in the middle of the competition. Right now, we are nearing the end," said the official.

Kushwaha pointed out that sometimes incorrect information of the athlete might cause delay.

"Sometimes, the passport numbers they send could be wrong, or some other error in filling up the form that can cause the delay. Anyway, the officials in Delhi are on it and it should be done soon," he said.