On Sunday, India won two silver and three bronze medals at the Games. 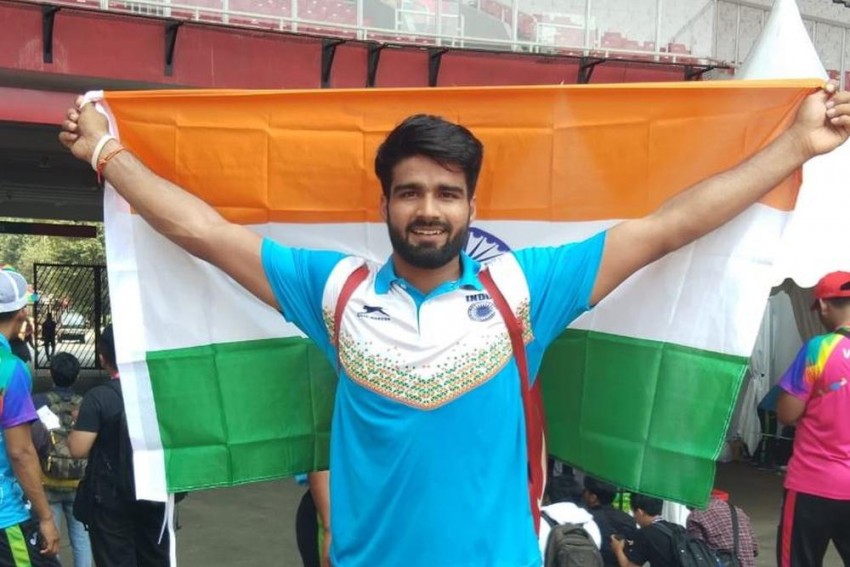 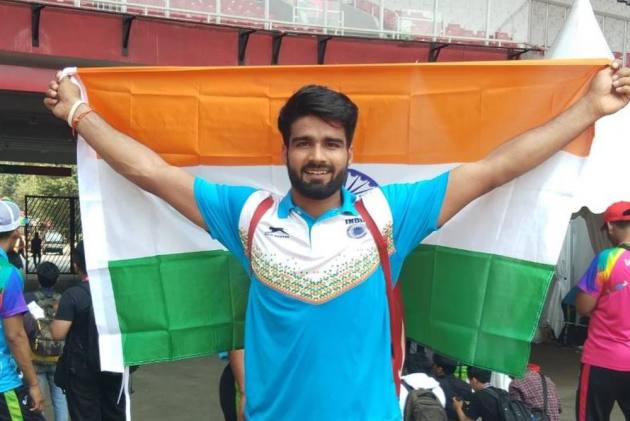 Sandeep claimed the top honours with a best throw of 60.01m, which he managed in his third attempt, in the men's F42-44/61-64 category. The silver medal went to Sri Lanka's Chaminda Sampath Hetti, who cleared 59.32m in his best effort, while Iran's Omidi Ali settled for the bronze with 58.97m.

Sandeep's disability falls in the F42-44/61-64 category, which relates to limb deficiency, leg length difference, impaired muscle power or impaired range of movement. The athletes in this category compete without a prosthesis.

On Sunday, India won two silver and three bronze medals at the Games.

The men's badminton team opened the country's medal account after narrowly losing to Malaysia 1- 2 in the semifinals to settle for a bronze.

The tie began on a promising note when Suhas Yathiraj won the first individual match beating Omar Bakri 21-8, 21-7. But Indian doubles pair of Raj Kumar and Tarun lost to Cheah Honn and Saaba Hainul 9-21, 8-21. In the crucial final singles, Chirag Baratha went down to Mohammad Ahmad 14-32, 15-21 to lose the tie 1-2.

In the 49 kg men's powerlifting event, Farman Basha claimed the silver and Paramjeet Kumar won the bronze. The gold went to Pia Laophalkdee of Laos for his effort of 133 kg.

The medals continued to come India's way as swimmers Devanshi Satijawon picked up a silver in women's 100 metre butterfly in S-10 category and Suyash Jadhav clinched the bronze in the men's 200 metre individual medley in the SM-7 category.

The Boccia team, which is competing for the first time at the Asian Para Games, also emerged victorious as they got the better of hosts Indonesia in their first group match 5-3.

In chess, all the Indians won their ties with visually impaired Prachurya Kumar Pradhan sealing his victory over Domingos Savio Fernandes Gusmao from Timor Leste in less than 15 minutes.

"The match went well and fast. I defeated my opponent in just 10-15 minutes," said Pradhan, who underwent a week-long training camp in preparation for the Games.