Ask The Guy Who Is Lynched Whether India Is Liberal Or Illiberal: Gauri Lankesh's Ex-Husband Chidanand Rajghatta

The US-based journalist was in New Delhi on Tuesday to discuss his new book "Illiberal India: Gauri Lankesh and the Age of Unreason". 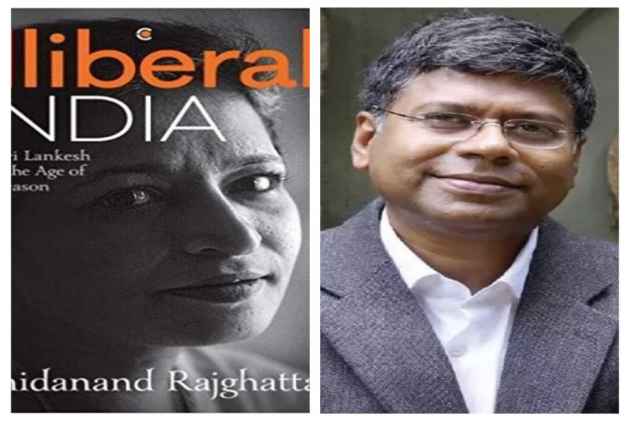 Step out of your comfort zone and ask the guy who is lynched whether India is liberal or illiberal and you will get the answer, says slain journalist Gauri Lankesh's ex-husband and veteran journalist Chidanand Rajghatta.

It is very easy to take comfort in the idea of India as a liberal place if you are a part of the majority, said the US-based journalist who was in New Delhi on Tuesday to discuss his new book "Illiberal India: Gauri Lankesh and the Age of Unreason".

Discussing the title of the book, "Illiberal India", the centre of burning debate in the country, Rajghatta claimed the issue is contingent on geography, race, religion and gender, and it largely depends on “moral relativism”.

“It basically depends on where you are in terms of religion, wealth, security and even gender. Hindus, particularly male Hindus, feel secure in numbers and it is the same thing with white American male.

“The test of liberalism is you ask the minority -- minority in terms of religion, race, Muslim here or black in America or LGBTQI, women – and not the majority,” he said.

Describing India as “incredibly complex and unique”, Rajghatta said he wondered why Indians even compare themselves to the likes of Saudi Arabia, China, Pakistan – or even with the US for that matter – which were never a match for India's centuries old antiquity and diversity.

“India is a magnificent medley of religions, ethnicities, languages, cuisine, arts and culture and anyone questioning it irks me,” he writes in the book.

Having said that, he did admit to finding many parallels in the present rise of rightist forces in India and the US. He gave a pendulum analogy to explain the shift of power between the left and right back in the US.

The book, according to Rajghatta, is not merely a biography of journalist-activist Lankesh, who was shot dead in front of her house on September 5, 2017, but a story of the India they both grew up in.

“It is the story of two young people growing up and becoming politically aware in a turbulent India of hope and optimism. This is also a post-Emergency journey of India as we saw it after having met in 1978-79 when the country emerged from a brief stint of authoritarianism… It is the story of our times,” the author says in the book's preface.

Walking down memory lane, Rajghatta reminisces about the time Lankesh would call him ‘Non-Resident Indian', who according to her had abandoned India altogether.

“From journalist-activist she became an activist-journalist. We both processed things differently. Also, there were lot of issues we would disagree on, but nothing of that involved violent arguments. Everything was always civil,” he writes.

Published by Westland, the book is priced at Rs 499.