The news has angered the locals, who have been eagerly waiting for food and other essentials for the last many days. 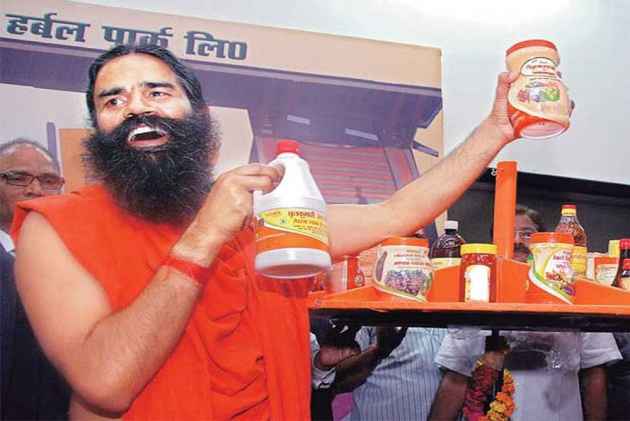 Deputy commissioner of Majuli Pallav Gopal Jha told Outlook that the district administration has written a letter to Patanjali, asking them to dispose of the products immediately.

“The products will be sealed soon if the company doesn't dispose them of. There are reports that many people are falling sick after consuming the food products. We have initiated an inquiry into this matter,” said Jha.

Majauli, with a total population of around 72, 000, is one of the five flood-affected districts in  Assam this year.

Patanjali’s district head Prabhari Rohit Baruah on August 30 wrote a letter to district administration seeking guidance for distributing the relief. Baruah also sought the administration’s help to transport the relief material to Majuli. The products worth Rs.12,30,000  are stocked at the Pensioners’ Bhawan. August 31, the district administration, in its reply, denied its permission to distribute the products, saying many of them had either expired or will expire by the time they reach the relief camps. “Regarding the relief material distribution, we have found the products are all close to the date of expiry and keeping in mind the health of the people of Majuli we will not able to give you permission for their distribution ,”  the additional deputy commissioner wrote in the letter.

Jha said the administration didn’t allow (distribution) because most of the products carried the expiry dates with September. “The ADC told me that there is problem with the expiry date,” he said.

Baruah told Outlook that he has already informed his seniors at Patanjali about the matter.

Meanwhile, the news has angered the locals, who have been eagerly for food and other essentials for the last many days.

“The people here have seen the worst flood this year twice. And at a time when they are facing food scarcity, the relief was really a big news. But when district administration stopped the distribution, people got really upset,” said  Mitu Khataniar, a local reporter in Majuli, told Outlook.

This is not the first time Patanjali is in the news for a wrong reason.

In June, the Nepal's Drug Administration asked Patanjali to recall six 'sub standard products' with immediate effect. The notice, that surfaced on June 21 (International Yoga Day), listed Patanjali's popular ayurvedic products that failed in microbial tests when sent to the laboratories there. These products were largely manufactured at Uttarakhand's Divya Pharmacy.