NPF have suspended Nagaland's sole Lok Sabha MP Neiphiu Rio, amidst apprehension of his being given a berth in the union cabinet 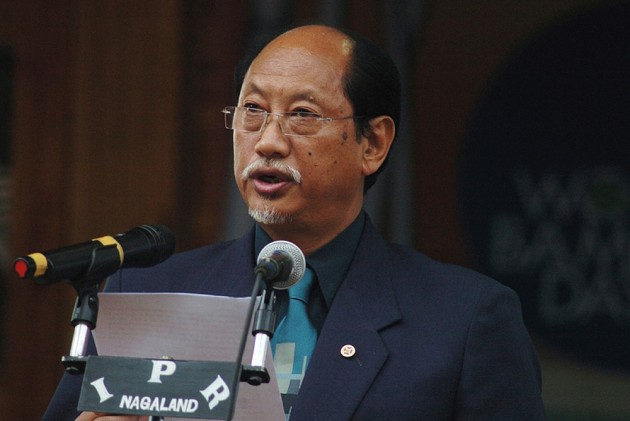 After more than a year of infighting, the Naga People's Front (NPF) on May 17 suspended former CM Neiphiu Rio (67) for alleged anti-party activities while sources claim the exit polls of the Assam state assembly elections had a role to play.

On April 4, the party president, Shurhozelie Liezietsu, had sent a show-cause notice to Rio for his alleged anti-party activities. The NPF president charged Rio with trying to unseat, TR Zeilang, the current CM of the NPF-led government in Nagaland.

The issue dates back to last year when it was reported that Rio had tried to engineer a no confidence motion against Zeilang in the Nagaland assembly by splitting up the party's MLAs. As per party sources, Rio wanted to regain his position as the CM of the state, which he had been since 2003. In 2014, he had contested and won the sole Lok Sabha seat in the state. Rio had backed the Narendra Modi-led BJP campaign with aspirations of landing a place in Modi's cabinet. When he wasn't given a place in the union cabinet, Rio reportedly wanted to get back to being chief minister of Nagaland.

Before the floor test, a substantial number of NPF MLAs had originally backed Rio in the backdrop of intense political drama and some Rio loyalists had also approached the Election Commission of India (ECI) disputing rights over the the party symbol. The ECI had asked NPF to resolve the issue internally.

Rio had allegedly placed a number of the MLAs in his cousin's villa in Nagaland and even confiscated their phones to prevent 'horse-trading'. In the run up to the motion, both Congress and BJP MLAs had said they would support Zeilang, who eventually won the floor test, pushing Rio into a kind of a political no-man's land.

Last month, Rio had reverted to the NPF president's 'show cause' notice, asserting complete allegiance to the party's election manifesto and the matter had been held in limbo for a while. Most of the exit polls on Assam's state assembly elections have predicted that the BJP would come into power in the state and Sarbananda Sonowal, union sports and youth affairs minister, would become the next CM of Assam.

According to sources in the NPF, the Zeilang faction of the party has reportedly felt that this might create a chance for Rio to gain a berth in Modi's cabinet, putting him back into a position of power and that is why they have suspended Rio. The BJP cannot override the NPF's suspension order and make Rio a union minister while he is under suspension.

This means that a split in the party is on the cards since Rio is not likely take it lying down. The matter depends on how many party leaders and NPF MLAs decide to support him. If Rio could swing the MLAs to support him and a sufficient number resigned or switched sides, the house could be dissolved and it throw the state into early polls. Nagaland's next elections are slated for 2018. The other possibility is if a third party, such as the BJP, intervenes, directly or indirectly. 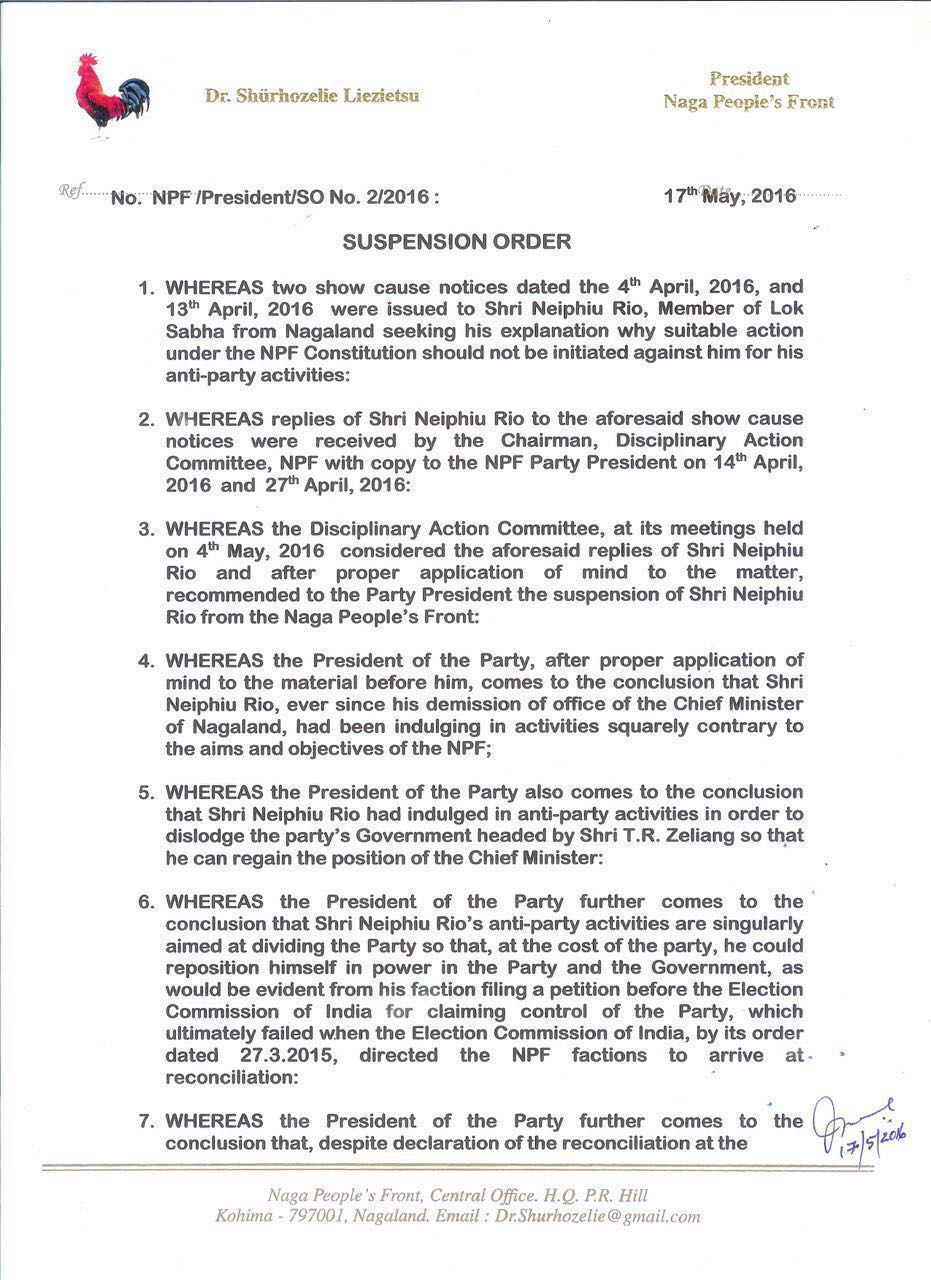 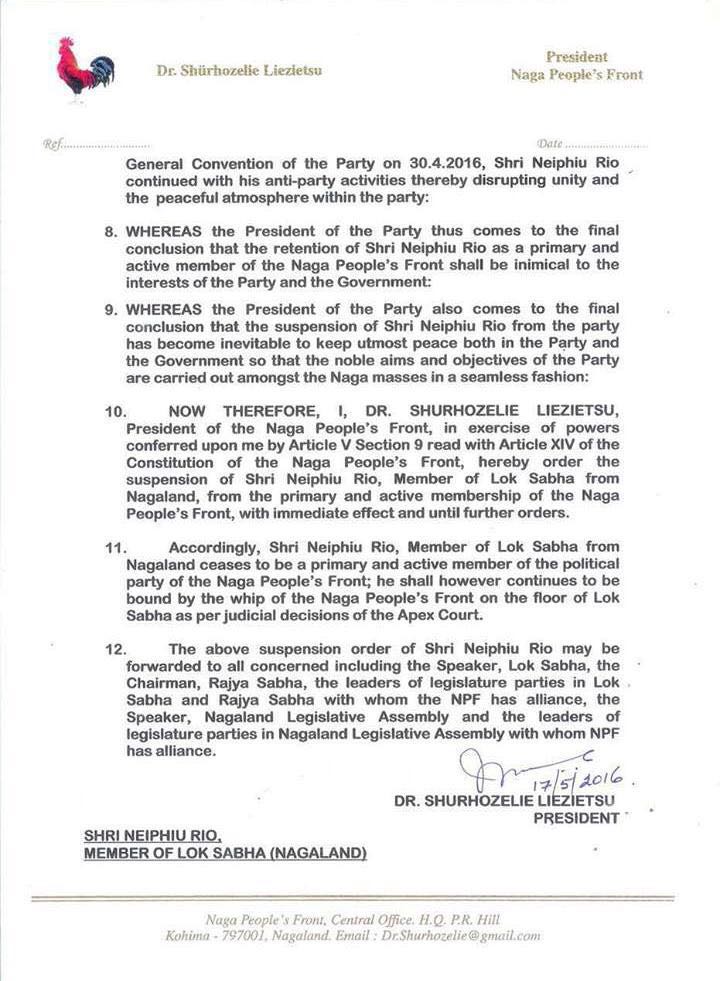