At Gauri Day, ‘How To Defeat The Common Enemy’ Becomes A Rallying Point

The political activists largely focused on the communal and right-wing politics that Gauri Lankesh had opposed through her journalism. 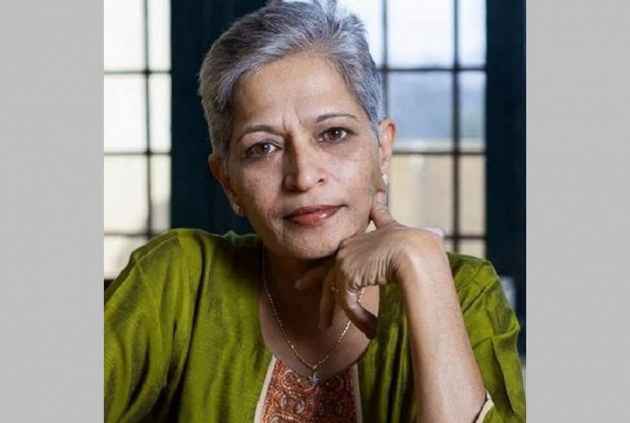 Nearly five months ago, an outpouring of grief and anger marked a rally to condemn the killing of journalist Gauri Lankesh in Bangalore. On her 55th birthday on Monday, a commemorative event marked by music, poetry and political activism became a rallying point seemingly enmeshed with the upcoming Karnataka assembly elections.

"The Karnataka elections are a litmus test," said H S Doreswamy, the 99 year-old freedom fighter at the Gauri Day event in Bangalore. Referring to the BJP, he said things have come to such a pass that "we have to resort to a political agitation to defeat a common enemy".

Karnataka's political atmosphere is getting charged up with assembly elections round the corner and the state's ruling Congress and the opposition BJP have been trading charges over communal polarisation and minority appeasement as election campaigning picks up pace.

"I will be in Karnataka for three weeks in April," said Mevani, who won the Vadgam seat in Gujarat last month contesting as an independent. He said he will campaign to ensure that the votes of Karnataka's 20 percent-strong dalit electorate don't go to the BJP.

Gauri Lankesh, who edited the eponymously named Kannada tabloid Gauri Lankesh Patrike was shot dead outside her house in Bangalore's Rajarajeshwari Nagar locality on September 5 just as she returned home from work. Speculation has been rife over the past few days over a breakthrough in the murder probe with news reports suggesting that the special investigating team has picked up people in connection with the crime. However, the police have denied making any arrests yet.

Police sources didn't divulge details but only said that the probe has been making progress.

However, Lankesh's brother Indrajit on Monday said that he wanted the Central Bureau of Investigation to probe the murder claiming the state police had failed to show progress. “Today is Gauri’s birthday; it has been almost five months now…the investigation is like stagnant water. I personally feel that politically it (investigation) is going as one-sided,” PTI quoted Indrajit as saying.

Indrajit, who stayed away from the Gauri Day event, made the comments while commemorating the day at his sister's grave. However, his other sibling Kavitha Lankesh told reporters that the special investigation team had been updating her on the probe and that there has been 'good progress'.

"I don't know where Gauri is...she never believed in Heaven or Hell. But one thing is true. After her passing, there are more Gauris who have taken birth," she said, echoing the slogan Naanu Gauri (I am Gauri). "For many people, including me, Gauri's death has come as a wake-up call. I used to think that ignorance was bliss. It was only after her death that I realised that we should be aware of what's happening in society," Kavitha, fighting her tears, told the gathering at the Gauri Day event.