At Least 25 People Killed, Over 100 Wounded In Two Blasts In Pakistan's Parachinar

The explosions were reported to have occurred near Tal Adda, where a busy market and bus terminal are located. 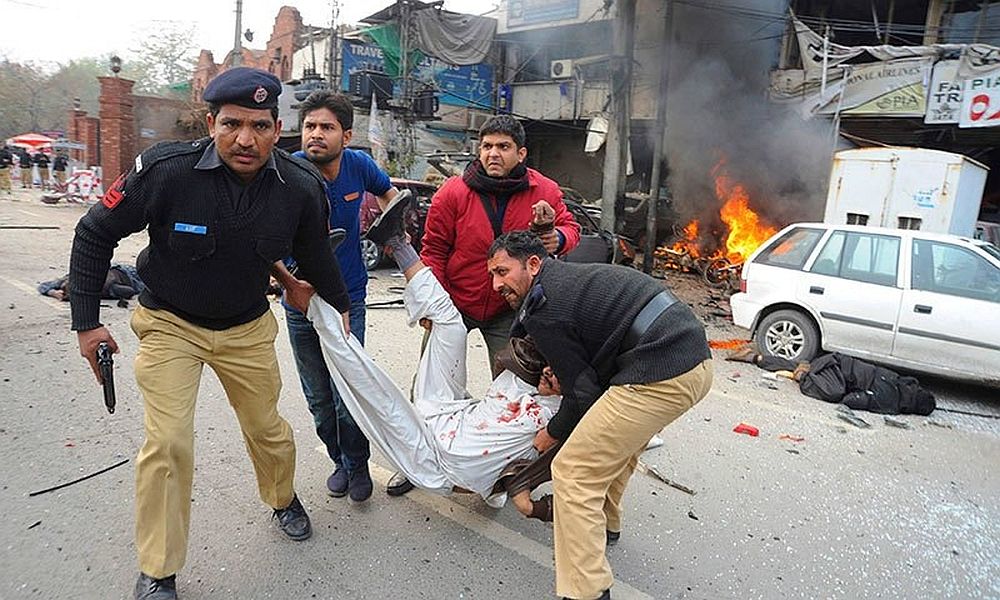 At least 25 people are feared dead and more than 100 injured as two blasts hit a densely populated area in Parachinar in Kurram Agency on Friday, reported Dawn News.

The explosions were reported to have occurred near Tal Adda, where a busy market and bus terminal are located. People travelling out of the city ahead of Eidul Fitr are feared to have been directly affected by the twin bombings.

Rescue operations are currently underway, DawnNews reported. Security forces have cordoned off the affected site and are conducting a search operation.

This comes hours after a suicide bomber blew up his explosive-laden car near the office of the regional police chief in Pakistan's restive Balochistan province on Friday, killing at least 13 people, including six policemen, and injuring 20 others.