At Least 50 Dead In Attacks In Southern Iraq 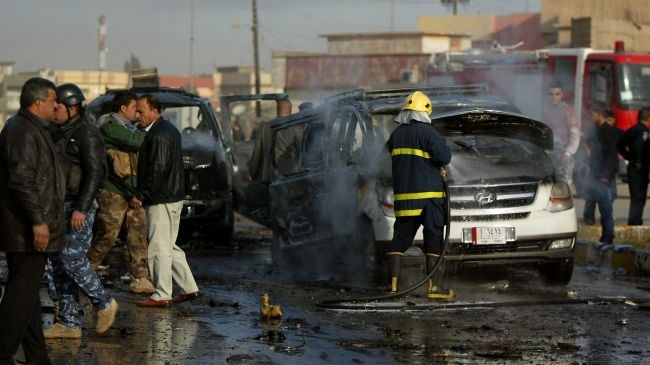 At least 50 people including Iranians were killed today in twin gun and car bomb attacks near the city of Nasiriyah in southern Iraq, according to a new toll.

"The toll has now reached 50 dead and 87 wounded," Abdel Hussein al-Jabri, deputy health chief for the mainly Shiite province of Dhiqar of which Nasiriyah is the capital, told AFP.

He warned that the death toll could rise as many of the wounded were in serious condition.