Atal Bihari Vajpayee And His Father Were Classmates In Kanpur

After Vajpayee became prime minister, his alma mater published a write-up by him in the college magazine in 2002-03, which reveals more about the two. 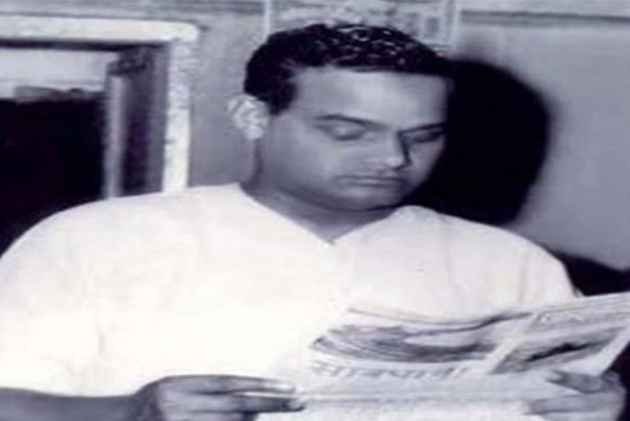 In 1945, when a 21-year-old Atal Bihari Vajpayee enrolled in a Kanpur college to study law, he had a classmate who was already retired after serving 30 years as a teacher.

He was none other than his father. Pandit Krishna Biharilal Vajpayee was above 50 when he became Vajpayee's classmate at DAV college Kanpur.

After Vajpayee became prime minister, his alma mater published a write-up by him in the college magazine in 2002-03, which reveals more about the two.

"Have you ever seen or heard of a college, where both father and son studied together, and that too even in the same class," Vajpayee wrote in the article.

"If not, then your information pertaining to Kanpur's DAV College will be simply considered incomplete. This was such a college, which not only witnessed a father and son studying together, but also set a theatrical stage for it."

College principal Amit Kumar Srivastava says the former prime minister and his father were in the same section studying law, but eventually they changed their sections.

"Whenever my father was late for the class, the professors amidst laughter, used to ask 'tell where your father has disappeared'. And when I was late, he used to be questioned as to 'why your son is missing'," Vajpayee wrote.

"This situation was posing a problem for both of us, and it was decided that my father will remain in one section, while I will move to another."

In the article, Vajpayee also revealed how he and his father -- Pandit Krishna Biharilal Vajpayee -- became classmates.

"It was 1945-46. I had completed BA from Victoria College, Gwalior, and was worried about the future....My father had retired from government service. My two sisters were of marriageable age. Dowry had assumed the shape of a curse. From where will I manage resources for post-graduation?"

But when all the doors seemed closed, Gwalior Maharaja Shrimant Jivaji Rao Scindia, who knew Vajpayee well as a student, offered him a monthly scholarship of Rs 75, which is equivalent to today's (2002-03) Rs 200, he wrote.

"The wrinkles of tension on fathers face gradually started to disappear. The family heaved a sigh of relief, and I too, took a plunge in happy dreams of the future."

After getting the scholarship from Gwalior riyasat (princely state), most of the students head to DAV College in Kanpur. He said he was also told to head to Kanpur. "My elder brother Prem Bihari Vajpayee was already studying law from there."

"It was at this point of time that an unusual incident took place," he wrote.

"Suddenly, my father decided that he too will pursue higher education. His decision had put all of us in wonder. He had retired after giving his contribution in the field of education for 30 years. When he saw that I am going to Kanpur for MA and to study law, he decided that he will go to Kanpur with me and study law."

"He was above 50. With white hair and a walking stick, when my father - Pandit Krishna Biharilal Vajpayee -- reached the principal's (Kalka Prasad Bhatnagar) office, Mr Bhatnagar thought that the elderly gentleman had come to seek a professors post or to get someone enrolled.

"But when Mr Bhatnagar came to know that the elderly gentleman had come to enroll himself, he virtually jumped from his chair and started saying you have done a wonder."

"Soon, the news spread throughout the college. In the hostel, where the father and son lived together, crowd of students would turn up to see us," the former Prime Minister wrote.

He spent two years at the college.

"I still remember the Ramayana mandali which was organized by Purshottam Prasad Mishra. The mandali used to recite Ramayam every week, and my father was included in it as soon as he reached the hostel."

Vajpayee wrote, "I still remember the celebration of Independence Day. It was a strange coincidence of agony and ecstasy. We were ecstatic because 1,000 years of foreign rule has ended, and agonized due to the division of the motherland. On that day, former vice-chancellor of Agra University Dewaanchand had come. He handed a small reward from his pocket for my oratory skills."

The department of political science was headed by Shanti Narayan Verma, he said.

"All the students used to respect him a lot, but also maintained a distance from him. Contrary to him were professor Pradhan and professor Pandey, who were very affectionate towards the students, and students had no hesitation in approaching then with their problems," he wrote.

He also mentioned that in those days, there were shortage of books in the library, but teachers were always eager to help the students.

"I lament that I had to give up study of law midway, as I had to leave the college. Gaining Independence and partition of the country had created new circumstances. A number of youngsters left their homes, and had embarked on the path of nation-building. Studies were left, buddies got separated and new questions cropped up. Yet, the two years spent at DAV college cannot be forgotten," he said.