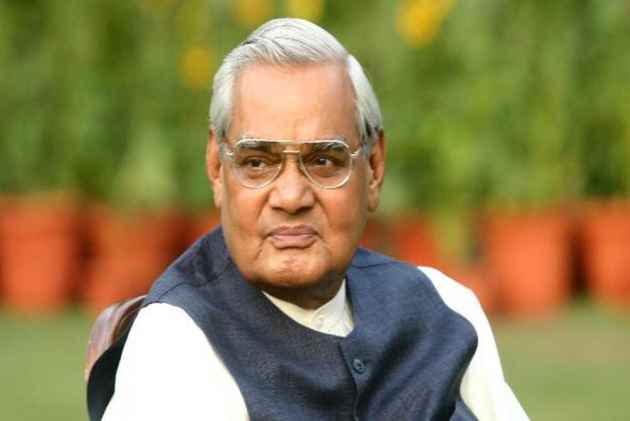 Atal Bihari Vajpayee once said that he was a poet by instinct and a politician by accident.  It was his poetic instinct that made him the politician and the great orator he was. In an era when a conciliatory tone is seen as a sign of weakness, Vajpayee rose above the rest to emerge as the biggest consensus builder.

His National Democratic Alliance (NDA) was the first functional experiment in unity in ideological diversity. When Vajpayee led the fractious coalition government in 1999, no one expected it to last, not even those within the BJP, especially after the earlier 13-day and 13-month-long failed stints. However, the coalition did last the whole term, speaking volumes about Vajpayee’s charisma and personal rapport with smaller parties. Vajpayee’s success lay in the fact that he never made the smaller parties feel small.

He managed temperamental and unpredictable allies like Mamata Banerjee, late J. Jayalalithaa and M. Karunanidhi with dignity, grace and humour. He landed at DMK leader Murasoli Maran’s funeral in 2003, surprising everyone, when the BJP’s relationship with his party was particularly tense. This is how Vajpayee was. He did not let his ego become bigger than his party or the government.

He handled toughest of situations with his wit and self-deprecatory humour. His speeches in Parliament are some of the most memorable ever, appreciated by political leaders cutting across party lines. He had a way with words that made him get away by saying things which would have sounded hurtful coming from a lesser leader. As a young MP, he once mischievously told Jawaharlal Nehru that his personality had both Churchill and Chamberlain in it. He got away as Nehru took it in his stride with a smile. In fact, later he introduced Vajpayee to a foreign dignitary as “future prime minister” of the country. There was mutual respect and admiration that they shared.

Whether in government or in the Opposition, Vajpayee was a firm believer that contentious issues should be resolved with collective wisdom of people. On the matter of Jammu and Kashmir, he managed to disarm even the hardliners among the separatists as he famously said that he wanted to find the solution to the problem under the umbrella of “Kashmiriyat, Insaniyat and Jamuriyat”. After four years in power, and blowing hot and cold over Kashmir, even Prime Minister Narendra Modi was forced to acknowledge in his Independence Day address that the best solution perhaps lay in the three powerful words enunciated by Vajpayee.

Till date, the mainstream political parties in Jammu and Kashmir and the separatists claim that they had the best chance of resolving the long drawn problem under the government led by Vajpayee. They somehow trusted the benign inclusivity of the leader. Many in the strategic and diplomatic circles also believe that India had the best chance of reaching some kind of a peace agreement with Pakistan under Vajpayee. The countries did come close to it when Vajpayee invited President Pervez Musharraf for a summit in Agra in July 2001.

He would have liked to define his years in power with one great issue -- and that was resolution of the problems with Pakistan. Preferring to take the path of peace and conciliation rather than confrontation, Vajpayee’s credibility with Pakistan too was high. However, on the verge of making history and signing the joint statement, Vajpayee preferred to trash Pakistan’s arm-twisting diplomatic moves, showing his streak of firmness underneath the conciliatory gestures.

Vajpayee’s foreign policy went beyond the ideological chains that had bound it earlier. If the US was unhappy after India’s nuclear tests, the then PM moved swiftly to mend relations with the country, prompting a visit by President Bill Clinton in 2000.

Within the BJP, he was always considered the moderate face with his long-time associate L.K. Advani being the hardliner – the vikas purush and the loh purush. However, this too was more of a simulated conflict between the two than a real one. As the Prime Minister, Vajpayee appointed Advani as his deputy, giving him space and freedom. As the deputy PM and the home minister, Advani was given almost complete charge of domestic agenda. In fact, Advani has gone on record to say that the two shared a friendship that does not exist in politics anymore. Vajpayee allowed Advani to come up and take his rightful place only because he was secure within himself.

He even gave space and freedom to his Cabinet colleagues to function independently. Approval of foreign direct investment (FDI) in print media was one such issue that Vajpayee favoured. However, he gave time for debate and discussion to prepare the climate for the decision. He left the paperwork and other details to the minister concerned – Sushma Swaraj in this case – and took the final decision at the right time. It was same with disinvestment – a decision he left to his minister Arun Shourie. He never tried to overshadow any of his colleagues.

Though Vajpayee always conceded that Ram temple in Ayodhya was a universal demand, he did not make a real push for it, seeking a solution with the goodwill of all concerned. As he became the human face of Hindu nationalism, he was never a favourite of the RSS. He was not “Hindu enough” for the Sangh, who didn’t quite approve of his lifestyle too. In this case too, Vajpayee preferred a more passive approach and made use of then party president Venkaiah Naidu and RSS joint secretary Madan Das Devi as links between the PMO and the Sangh.

As he passes away, Vajpayee would perhaps like everyone to remember the following lines from his poem ‘Door kahin koi rota hai’ --