Advisor to Chief Minister of Nagaland, Abu Metha stressed the need for a combined effort from the eight North Eastern states to make the region a global tourism destination. 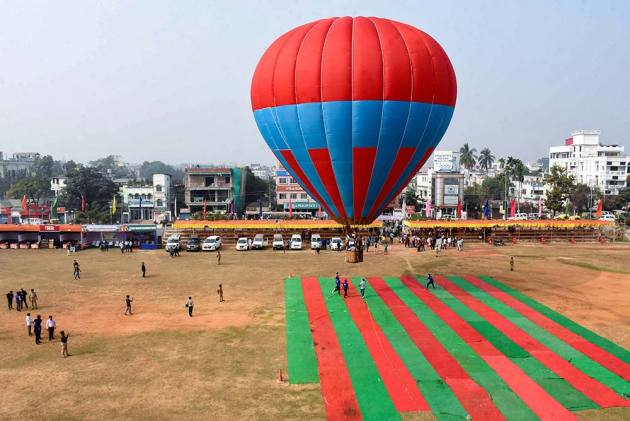 A top official of Adventure and Tour Operators Association of India (ATOAI) said that the the North East region has the potential to become the adventure tourism capital of the country.

Speaking at the panel discussion on "Rafting, trekking and road expeditions" on the second day of the 9th International Tourism Mart for the North East region at Naga Heritage Village Kisama on Sunday, ATOAI honorary secretary Vinayak Koul said adventure tourism is the future of tourism in the country. Economically it makes sense as it helps bring the fun to the last mile, he said while calling upon the gathering to explore the country first and then move on to other places.

Advisor to Chief Minister of Nagaland, Abu Metha stressed the need for a combined effort from the eight North Eastern states to make the region a global tourism destination. Talking on "Potential of fairs and festivals for tourism in the North East region", he said that a combined effort is required to push the tourism industry forward in the region

He maintained that tourism would fetch a positive economic impact and employment generation, thereby enabling the region to enhance its contribution in the nation building process. Metha said that experiential tourism is today one of the biggest demands and aspirations of the tourists who travel all around the world.

Sharing the role of fairs and festivals in promoting tourism, he said the Hornbill Festival of Nagaland exemplifies the energy, innovation and creativity of the people and promotes Nagas beyond India.

Director India Trails and Nagaland Tourism Association president David Angami said that Nagaland needs to upgrade the Tourism policy in order to create better opportunities. Founder and Chief Executive of North East Festival, Shyamkanu Mahanta claimed that the Hornbill Festival is the biggest festival of India. He said that the North East will emerge as the most ideal destination for the busy, hardworking professionals, especially for the mindful tourists.

Mahanta stressed on the need to have one North East marketing campaign, adding "it is important to initiate one North East Tourism campaign, focusing on fairs and festivals calendar, specific theme driver promotions". He said that extensive social media campaigns are needed within India and abroad. "Fairs and festivals can change the tourism scenario of the entire north east region, provided we plan it well," Mahanta said.

He said that the 9th edition of North East Festival 2021 will take place in New Delhi from December 10 to 12, which will focus North East as a destination for a mindful tourism.