Federer has beaten Nishikori in Shanghai and Paris in recent weeks but despite having the backing of a full house at the O2 Arena, he never really settled into a groove. 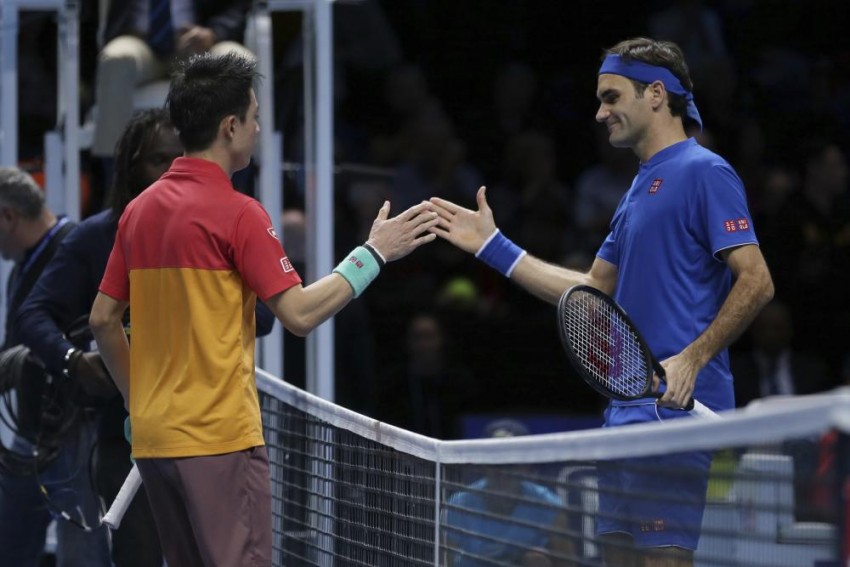 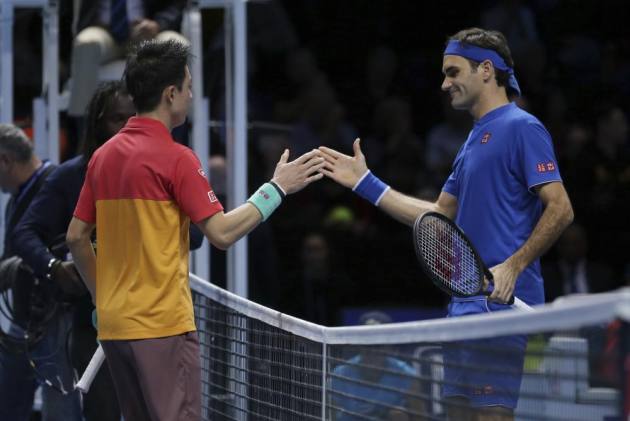 Six-time champion Roger Federer suffered a shock straight-sets defeat to Kei Nishikori, even as Kevin Anderson made an impressive debut by beating Dominic Thiem at the ATP Finals on Sunday.

Federer, bidding for the 100th title of his illustrious career, lost to the Japanese seventh seed in straight sets 6-7 (4/7), 6-3 in one hour and 29 minutes in London. The Swiss maestro produced an uncharacteristically error-prone and fractious display in the round-robin match of the Group Lleyton Hewitt. The result means Federer is now in danger of failing to qualify for the semi-finals for just the second time in 16 appearances at the event.

"I felt we both struggled, you know, throughout the first set," he said.

"You could tell it was sort of a first round. I had my chances may be a bit more than he did.

"Then I started to feel better in the second set. I think we both did. The level went up. Unfortunately, I couldn't keep the lead that I got early. That was important, I think, at the end. That was the key of the match."

Federer, 37, has beaten Nishikori in Shanghai and Paris in recent weeks but despite having the backing of a full house at the O2 Arena, he never really settled into a groove.

The normally cool Swiss was warned by the umpire for ball abuse in the 12th game after Nishikori produced a staggering backhand winner down the line.

The Swiss great made 20 unforced errors in the first set and Nishikori capitalised, forcing a tie-break in which he raced to a 6/1 lead before sealing it 7/4.

Federer, showing real urgency, broke Nishikori immediately at the start of the second set but it proved a false dawn as he lost his own serve immediately Nishikori broke again in the sixth game and kept his nerve, serving out for victory.

"I lost to him twice in the last two months so I played more aggressively and things started working, especially in the second set. There were some lucky points but I played well today," said Nishikori.

Overall the statistics made grim reading for Federer, who made a total of 34 unforced errors against 19 winners.

Federer denied that cutting back on his schedule increased the pressure on him to do well at the tournaments he did play.

"I don't think, per se, I'm playing worse because of it," he said. "I think I've had that pressure, not going out early, most of my career."

The ATP Finals is contested by the eight players who have accumulated the most ranking points over the season separated into two groups, with the best four players reaching the knockout semi-finals stage.

The Wimbledon finalist, who stands at 2.03 metres (six feet eight inches) tall dominated the early exchanges and secured the crucial break in the fourth game.

Thiem tightened up his game in the second set and forced a tie-break, but Anderson saved two set points and converted his fourth match point.

"But I was able to settle very quickly and find a really good rhythm, taking care of my serve games nicely, created quite a few opportunities on his serve."