Medvedev's drought against nemesis Roberto Bautista Agut continued after the Miami Open top seed crashed out in the quarter-finals. 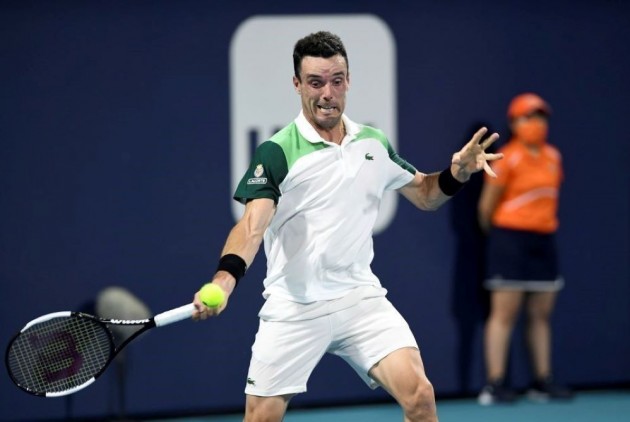 Daniil Medvedev's drought against nemesis Roberto Bautista Agut continued after the Miami Open top seed crashed out in the quarter-finals.

The Russian star was once again unable to solve the Bautista Agut riddle, upstaged 6-4 6-2 at the ATP 1000 tournament midweek.

Bautista Agut – the seventh seed and oldest player remaining in the draw – broke for a 5-4 lead in the opening set and never looked back against the 2021 Australian Open runner-up.

The only player in the last eight to have reached the quarter-final stage previously, Bautista Agut continued where he left off in the second, making Medvedev uncomfortable as he booked a spot in the semi-finals.

Spanish veteran Bautista Agut will face Jannik Sinner in the semi-finals of the Miami Open.

It's all respect between Alexander Bublik & @janniksin

"He's not [human]. That's a fact," said Bublik. "I asked him if he's a human or not, because for me, it's very surprising that the guy at his age has this mental toughness that many, many other players don't have.

"I called him a robot a couple of times during the match, but I do it in a very sincere way because he's a really, really a great player."