Usama Mahmoud said “the jihadi movement” should be strengthened in the region. Muslims in the whole region should stand behind the Kashmiri people. 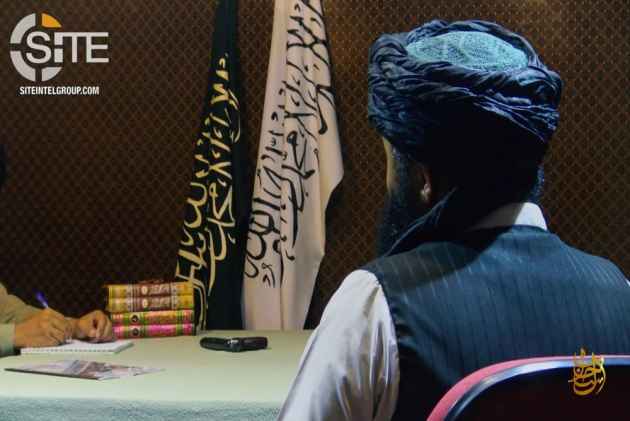 A senior al Qaeda commander has said "the key to victory in Jammu and Kashmir lies in waging war on Indian cities" in a video which was released on online jihadist forums on Tuesday night.

"India is already using 600,000 troops just to hold on to Kashmir. If it is attacked in Kolkata, Bangalore and New Delhi, it will come to its senses and release its grip on Kashmir," claimed Usama Mahmoud, the group's second-in-command in the Indian subcontinent, reported The Indian Express.

#INDIA#AlQaeda In The Indian Subcontinent (#AQIS) Spokesman Usama Mahmoud
Urges For Expanding War Against India To Defend #Kashmir, Accused the Indian Army & #Hindu Government Made #Kashmir As A War Zone In The 2nd Episode Of An Interview Series. #TerrorMonitor pic.twitter.com/hTt2mWZyrC

Mahmoud said the jihadi movement should be strengthened in the region. Muslims in the whole region should stand behind the Kashmiri people, he said.

"Look at America. In the same way securing itself has become difficult for America throughout the world, the Indian Army and Hindu government peaceful world should be made a war zone," he added.

Incidentally, the video was released on the same day when a new terror organisation al Qarar, released a video pledging its alliance with the Islamic State's so-called Islamic Calpihate The Indian Express reported. The video featured an armed militant, who identified himself as Abu-ul-Braa Kashmiri, urging Zakir Musa, the leader of an al-Qaeda affiliate, to join the Islamic State group.

The video were released a month after a Malayalam audio clip, claiming to be from the Islamic State, surfaced calling for war against India and conducting lone-wolf terror attacks on crowds thronging Indian festival events like Kumbh Mela and Thirssur Pooram. The male voice in the 10-minute clip liberally quotes from the Quran with an authentic Arabic pronunciation. It claims that it is the 50th audio clip from Daulatul Islam.

The Islamic State group and the al Qaeda are competing hard to promote their propaganda in the country, an analysis of their messages posted on social media platforms suggest, The Hindu had earlier reported.