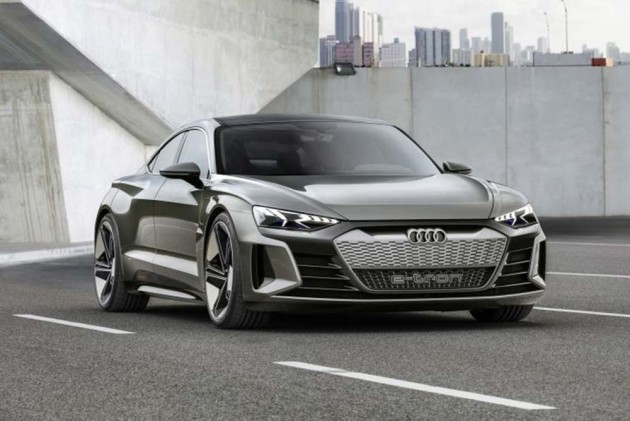 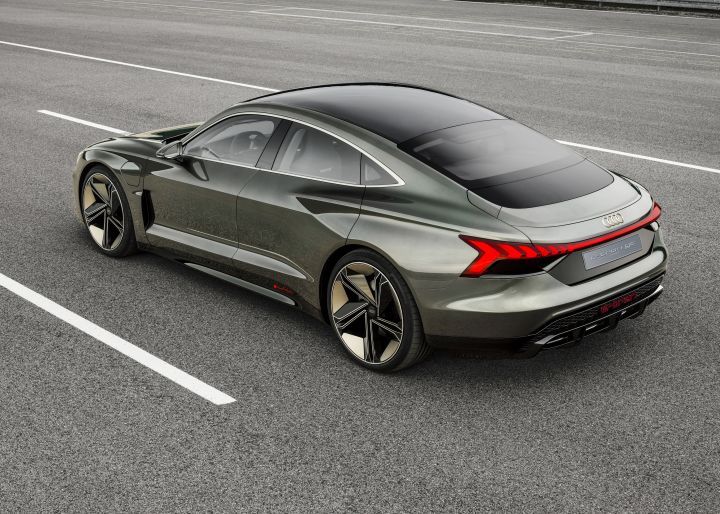 Two months after introducing its first-ever all-electric car, the e-tron SUV, Audi has unveiled a new EV called the e-tron GT Concept. Audi says that the sleek four-door coupe has been “developed in close collaboration with Porsche”, which leads us to believe it’s nothing but a Porsche Taycan with new clothes.

Set to go on sale in 2020, the all-electric grand tourer packs a 90kWh battery and two electric motors, helping it generate 434kW, or close to 590PS. Audi claims that the svelte grand tourer can go from 0 to 100kmph in 3.5 seconds and has a range of 400km, according to Europe’s new Worldwide Harmonised Light Vehicle Test Procedure (WLTP) standards. Expect real world range to be slightly lesser than the figure Audi claims though. 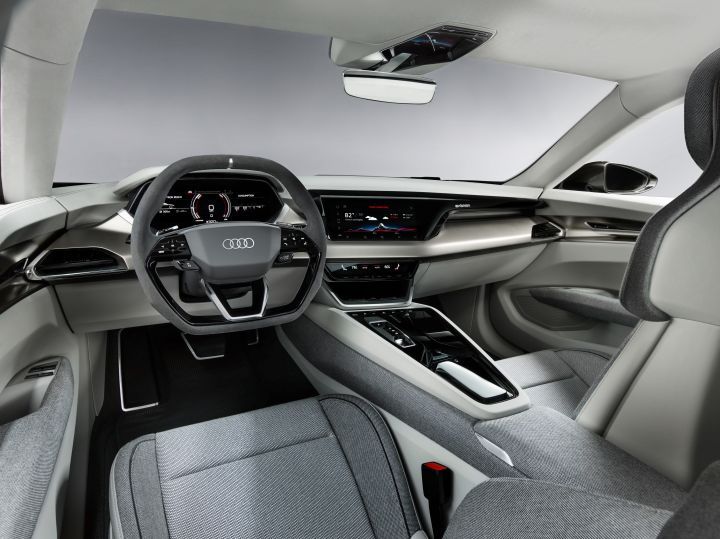 The production-spec version of the e-tron GT Concept will feature fast charging like the Porsche Taycan. In fact, Audi claims that the 800-volt battery system can be charged from 0 to 80 per cent in just 20 minutes, which is faster than even Tesla’s Superchargers.

The car features charging ports on either side of the bonnet and Audi says both ports can be used at the same time to charge it faster. Quite impressive, isn’t it? Expect the production version to pack contactless inductive charging technology as well. Like BMW’s system, this tech lets you park the car over a pad and leave it overnight to charge it completely. 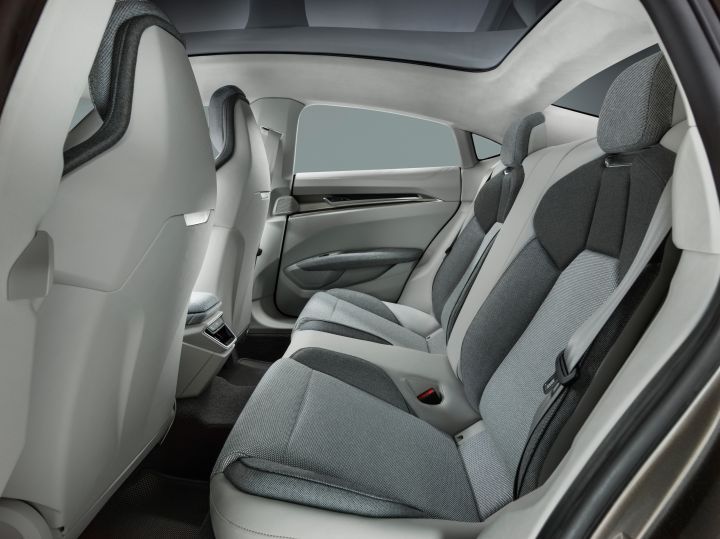 Another major highlight of Audi’s new EV is brake energy recuperation that reverses the polarity of the electric motors to bring the car to a halt. This tech should take care of 90 per cent of your braking needs. The rest is taken care of by ceramic brakes.

As for the design, this is definitely the best looking Audi we’ve seen in a long time. The hunkered down, low profile look with details such as the connected tail lamps and low profile tyres make make it look more aggressive than even the RS7 Performance. The e-tron GT Concept should also make vegans happy as it’s covered in synthetic leather, microfibre headlining and carpets made from recycled fishing nets! 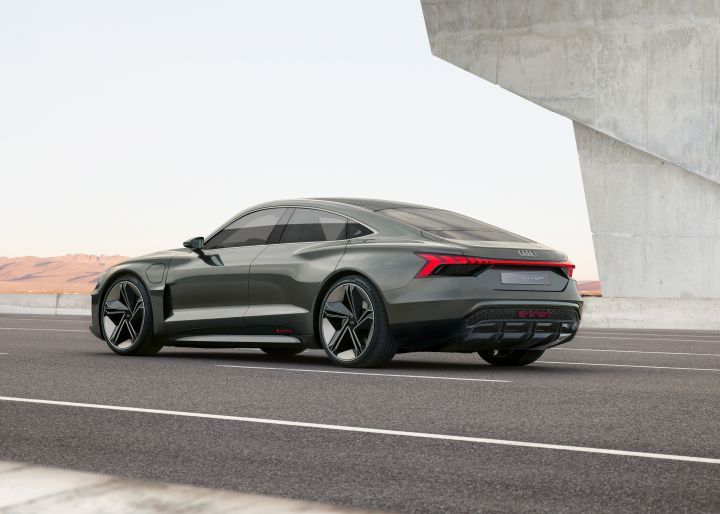 Audi says that the e-tron GT will make it to production in early 2021. Sadly, we expect it to be a bit softer than the Porsche Taycan. But fret not, because there’s an all-new all-electric R8 coming our way in 2025!