Marnus Labuschagne, Test cricket's leading run-getter in 2019, carried on where he left off and hit his first double century to continue the record-breaking spree 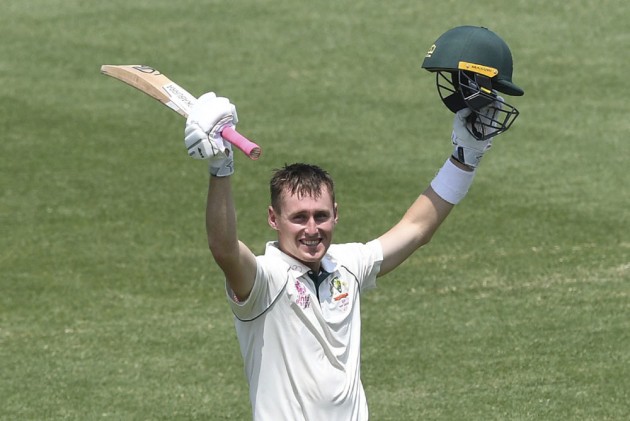 The rock-solid number three sweated on 199 for 20 minutes before he thick edged Colin de Grandhomme through the vacant slips to the ropes to bring up his double ton on Day 2.

It came off 346 balls and eclipsed his previous Test record of 185 against Pakistan in Brisbane last November.

Labuschagne was Test cricket's leading run-getter last year with 1,104 runs and is carrying on where he left off in 2019.

He finally got out after making 215 off 363 balls, with the help of 19 fours and a six, in the 140th over. Todd Astle had him caught and bowled off the second ball.

The 25-year-old has also become the first player to make four scores of 140 or more in an Australian Test summer.

Australia pushed their total to 403 for five with his double century.