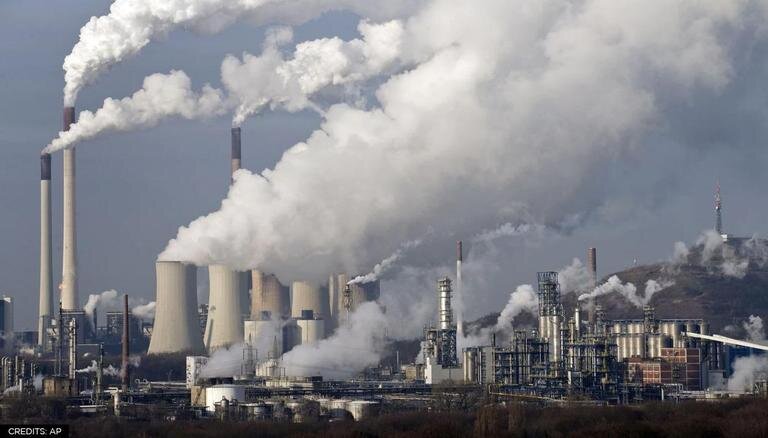 Australia was the worst climate performer among comparable developed countries since nations pledged in the 2015 Paris agreement to take action to limit global warming, a think tank said on Wednesday ahead of a key climate conference in Scotland later this month.

The UN summit in Glasgow, known as COP26, will bring together thousands of diplomats, scientists and environmental campaigners to assess progress since nations agreed in the Paris accord to limit warming to less than 2 degrees Celsius (3.6 degrees Fahrenheit). The meeting in Glasgow is widely seen as the last chance to hold global warming to 1.5 C above pre-industrial levels.

Prime Minister Scott Morrison plans to attend the conference starting October 31, but lawmakers in his governing coalition are arguing over adoption of a tougher national carbon reduction target.

Morrison wants to commit Australia to reducing carbon emissions to net zero by 2050, but some lawmakers in the conservative government's junior coalition partner, the Nationals party, are resisting.

"Australia ranks dead last among comparable nations (in) addressing the climate challenge at its source — by cutting emissions,” the report from the Climate Council said. The council is an independently funded non-profit that replaced the Climate Commission, a publicly funded agency abolished in 2013 by the newly elected conservative government in which Morrison was a Cabinet minister.

The report ranked Australia last among 31 wealthy, developed countries on the criteria of emissions reduction performances and pledges.

Britain was first, followed by Switzerland and Sweden. The United States was 23rd.

Australia was tied for last with Canada in terms of fossil fuel extraction and use. Next from the bottom was Norway, then the United States. The Czech Republic came first with Sweden and Switzerland sharing second place.

Major emitters including China, India and Russia were not included in the tables.

Morrison is unlikely to persuade his colleagues to agree to a more ambitious 2030 target before he goes to Glasgow.

Australia has not budged from its 2015 pledge in Paris to reduce emissions by 26% to 28% below 2005 levels by 2030, despite many countries adopting far more ambitious targets.

The Climate Council recommended Australia reduce emissions by 75% below 2005 levels by 2030 and achieve net zero by 2035.

Australian emissions from electricity have increased by a third since 1990, while transport emissions have grown by more than half, the report said.

If Australia achieves its current 2030 targets, the progress will mostly be reached through reduced land clearing and other land use changes, Climate Council Head of Research Simon Bradshaw told The Associated Press.

“Now that, of course, is important, but it's no substitute for actually stopping emissions at their source,” Bradshaw said.

Reducing emissions is a politically fraught issue in Australia, which is one of the world's largest exporters of coal and liquified natural gas. The nation is also one of the world's worst greenhouse gas emitters per capita because of its heavy reliance on coal-fired power. (AP) ZH
ZH