In the process, he also became the fourth Indian player to complete 1,000 ODI runs in Australia after Sachin Tendulkar, Virat Kohli and Rohit Sharma. 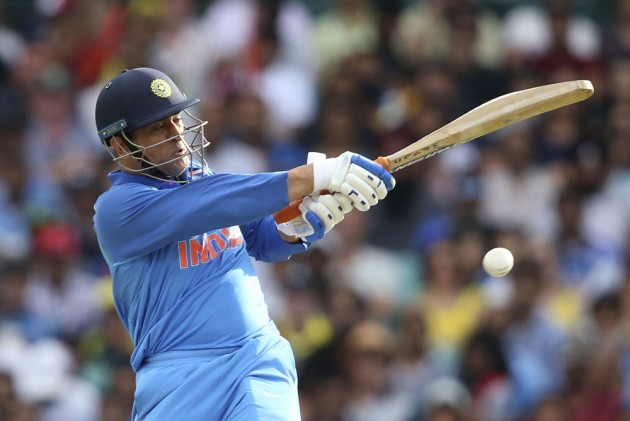 Mahendra Singh Dhoni on Friday played a controlled knock, reaching his third consecutive half-century of the Australia-India ODI series, in the third match at the Melbourne Cricket Ground (MCG).

Dhoni, in the process, became the fourth Indian player to complete 1,000 ODI runs in Australia after Sachin Tendulkar, Virat Kohli and Rohit Sharma.

This is the third time that 37-year-old has hit three consecutive fifties in a series. He did that same in England in 2011 and New Zealand and in 2014.

In the first match of the series at Sydney, he laboured to a 96-ball 51 in a losing cause, then hit a match-defining unbeaten fifty (55 off 54) in the second match at Adelaide to help India level the three-match series.

In the morning, India captain Virat Kohli won the toss and opted to bowl first. Spinner Yuzvendra Chahal, playing his first match of the series, took career-best figures of 6/42 as India bowled out Australia for 230.

A win will give India their first-ever bilateral ODI series win in Australia. Earlier in the tour, India registered their maiden Test series win (2-1 in four matches). The three-match T20i series, India shared the honours 1-1 after the second match was declared a no result due to the rain.