Faf scored 27 off 15 with the help of four fours. The visitors made 108 for six. Maxwell took a wicket from his two overs, conceding 12 runs. 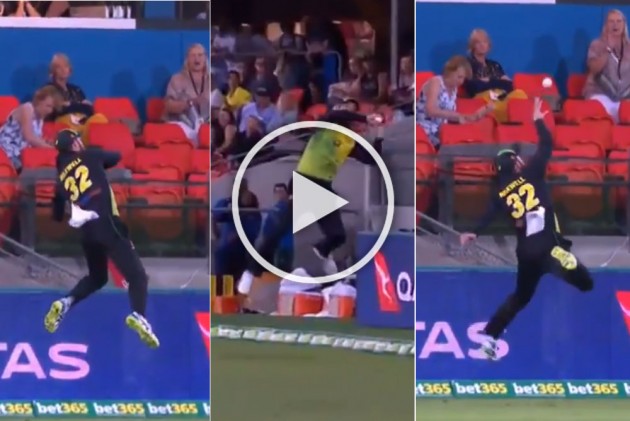 After a delayed start, the match was reduced to a 10-overs per-side. Aussie captain Aaron Finch won the toss and opt to bowl first. Proteas openers Quinton de Kock and Reeza Hendricks posted 42 runs inside the first three overs, then Faf joined de Kock to propel the visitors to 61 in five overs.

After the departure of de Kock, Faf carried the onslaught. But a stunning catch by Maxwell off the bowling of Billy Stanlake in the seventh over ended Faf's knock. Faf picked the last ball of the over, a short delivery, and played a pull shot which was sailing over the deep mid-wicket boundary. Then, this happened:

Faf scored 27 off 15 with the help of four fours. The visitors made 108 for six. Maxwell took a wicket from his two overs, conceding 12 runs.