We look back at the most powerful cars that were launched in India in 2018. These include SUVs, luxury sedans and even grand tourers! 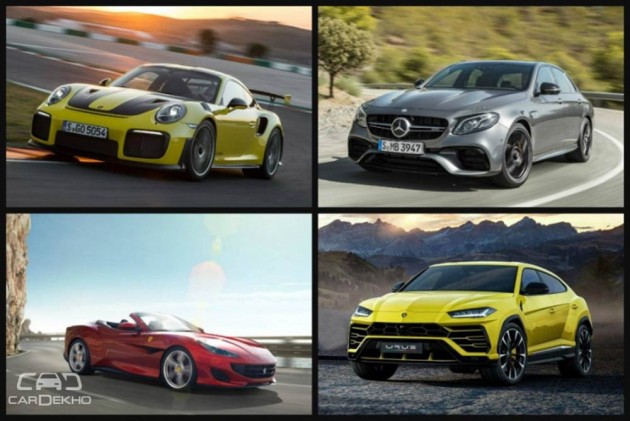 The automotive world continues to push the boundaries of speed and 2018 saw some of the most incredible cars finding their way to our shores as well. With no cap on the price, we’ll be looking at the top 10 most powerful cars launched in India in 2018. 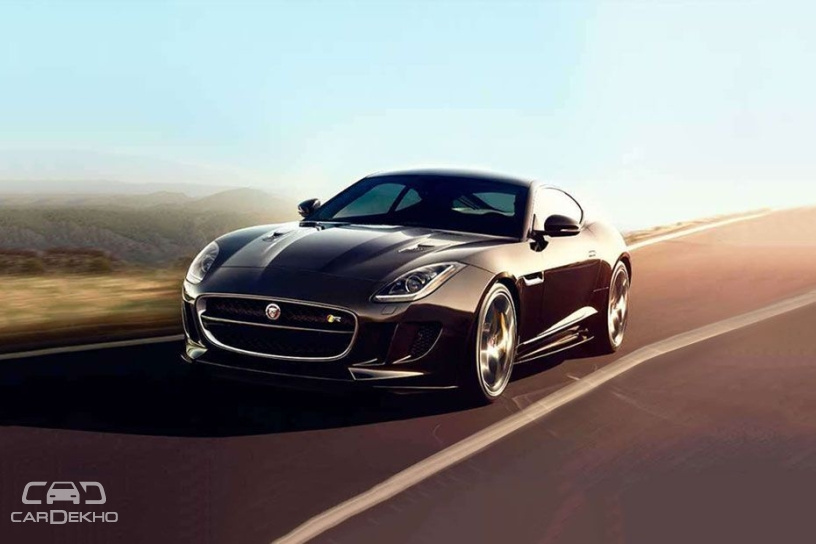 The most powerful version of the F-Type sports car has come to India almost two years after it was first launched. Available in both coupe and convertible versions priced at Rs 2.65 crore and Rs 2.80 crore, respectively (ex-showroom), the Jag F-Type SVR is powered by a 5.0-litre supercharged V8 engine tuned to churn out 576PS of power and 700Nm of torque. 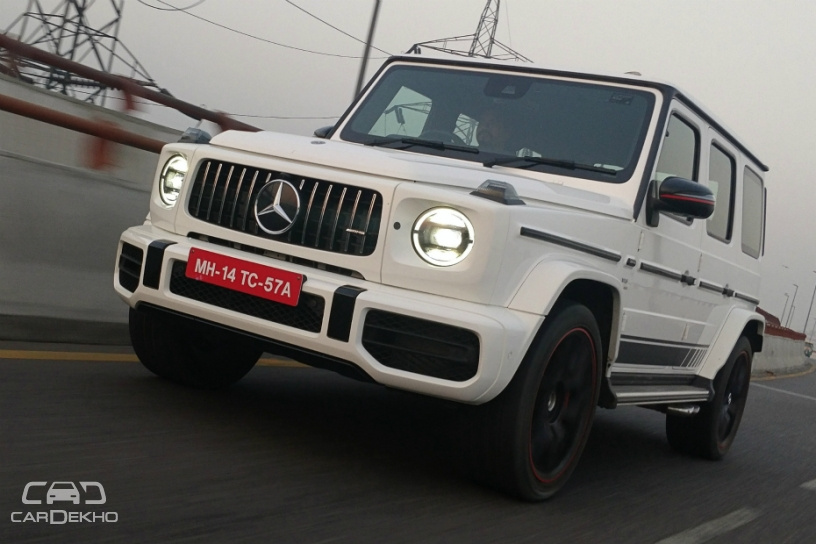 The G-Wagen got its first serious update in decades with a host of new technology and refreshed interiors. Mercedes-Benz launched it in India in October 2018 in the AMG G63 variant wherein the 4.0-litre bi-turbo V8 produces 577PS and 760Nm of peak torque. It has been priced at Rs 2.19 crore (ex-showroom). It is not the only SUV on this list and not the slowest car either. 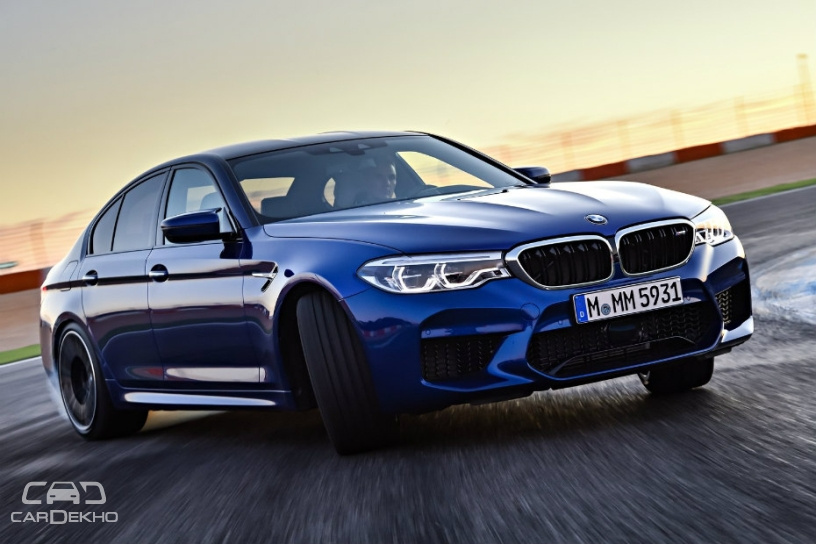 Launched at the 2018 Auto Expo, the BMW M5 super-sedan comes with a 4.4-litre twin-turbo V8 which is tuned to produce 600PS of power and 750Nm of torque. It is priced at Rs 1.43 crore and is currently one of the quickest BMW models on sale in India with a 0-100kph time of just 3.4 seconds. That’s 0.1 seconds better than the next car on our list, a Ferrari! 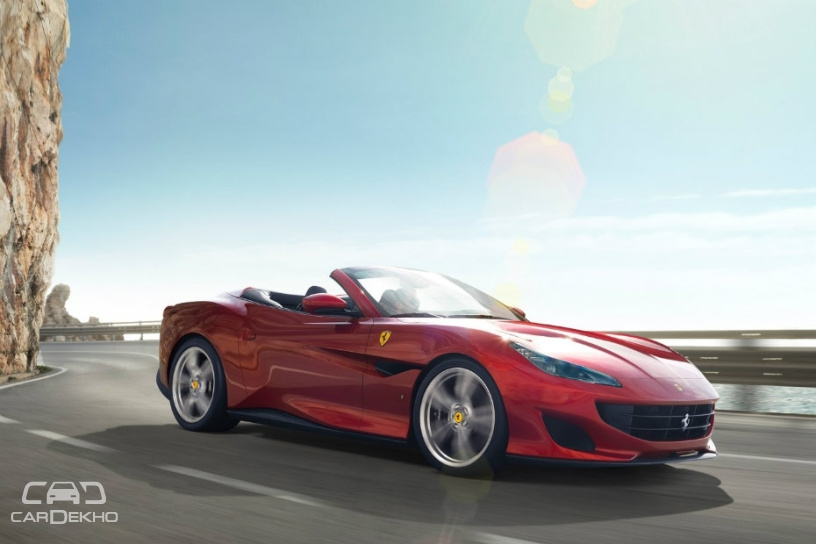 Ferrari’s new entry-level model to replace the California, the Portofino is a hard-top convertible four-seat grand tourer from Maranello that was launched in India at a price of Rs 3.5 crore (ex-showroom). But don’t think of it as slow just because it’s the starter Ferrari as it still gets the 3.9-litre twin-turbo V8 tuned to produce 600PS of power and 760Nm of torque. That’s enough to propel it from 0-100kph in just 3.5 seconds. 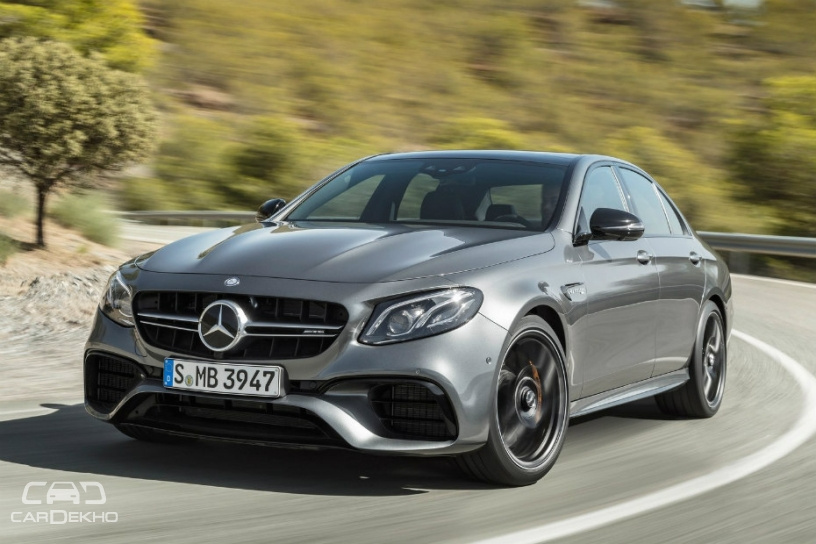 The beast of the super sedans, the Mercedes-Benz AMG E 63 S made its global debut some time ago, but it finally came to our shores in May 2018 with a price tag of Rs 1.5 crore (ex-showroom). The E63 S is the most powerful iteration of the German luxury sedan with a 4.0-litre bi-turbo engine from Affalterbach tuned to produce 612PS of power and a 850Nm of torque. 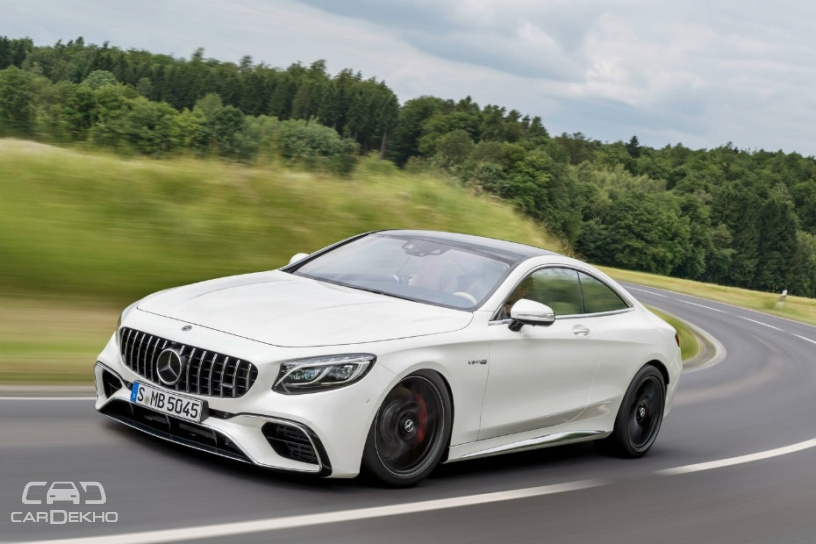 If the E-Class isn’t luxurious enough, Mercedes-Benz also launched the updated AMG S63 Coupe in India at a price of Rs 2.55 crore. It uses the the same 4.0-litre twin-turbo engine as the E63 S in the same state of tune: 612PS of power and 900Nm of torque. Well, the S 63 is quite the two-faced performance luxury cruiser. 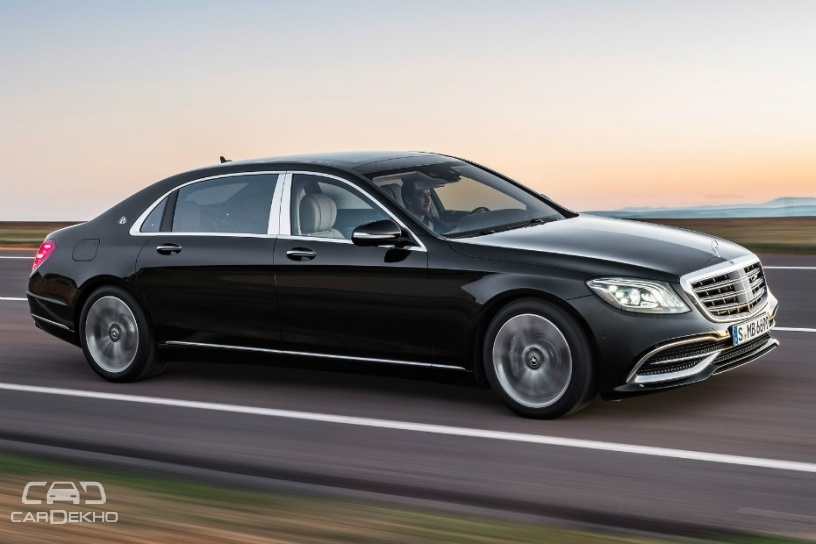 It’s the final Mercedes on the list and was most powerful and luxurious Merc to be brought to India in 2018. Yet, it’s not from the AMG lineup! It is, in fact, the S650 Maybach which was launched at Rs 2.73 crore (ex-showroom) in the top-spec variant. This particular variant is powered by a 6.0-litre twin-turbo V12 which produces 630PS of power and a 1000Nm of torque. However, this is not a vehicle built for outright performance. The power figures are simply a requirement for a car of its size and weight and can be driven briskly if requested by the person in the back seat. 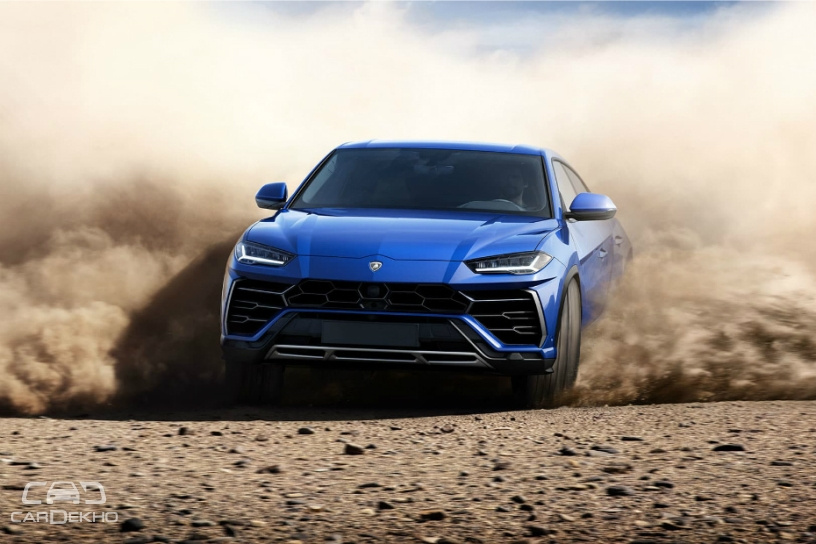 The Lamborghini Urus came to India in January 2018, shortly after its international debut, and was priced at Rs 3 crore (ex-showroom). While it’s not the first SUV from the Italian supercar maker, it is the first Super SUV and the fastest SUV currently available in India. It is powered by the smallest engine in Lamborghini’s lineup - a twin-turbo 4.0-litre V8 which produces 641PS and 850Nm of torque. This SUV can reach a 100kph from standstill in just 3.6 seconds. 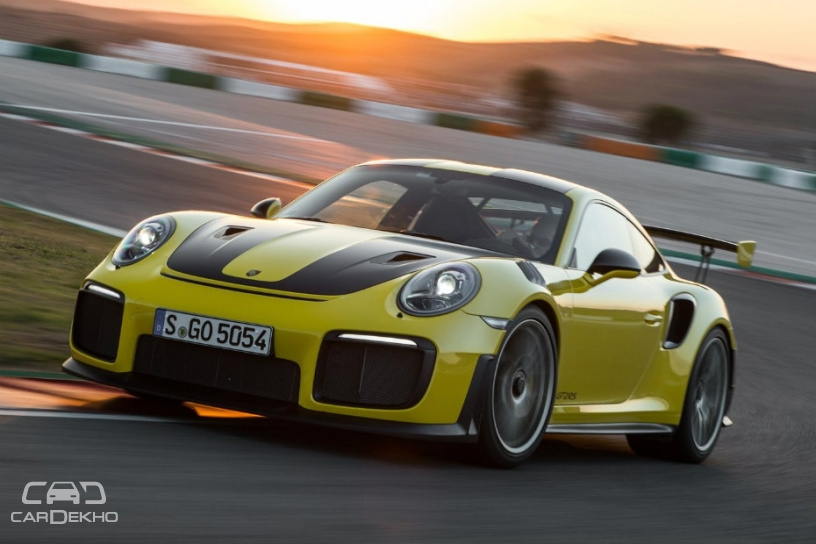 The Porsche 911 GT2 RS sports car is the most powerful 911 till date. As the GT monicker implies, it is from Porsche’s range of track-focused road-legal 911s and the GT2 RS is the ultimate version, faster than the GTS, GT3 and GT3 RS models. Its 3.8-litre twin-turbo rear-mounted engine produces 700PS and 750Nm of torque which is sent to the rear wheels only. This is the model that temporarily held the production car lap record around the Nurburgring Nordschleife and was launched in India at a price of Rs 3.88 crore (ex-showroom). Meanwhile, the latest generation of the 911 sports coupe has made its global debut and is expected to arrive in India in 2019. 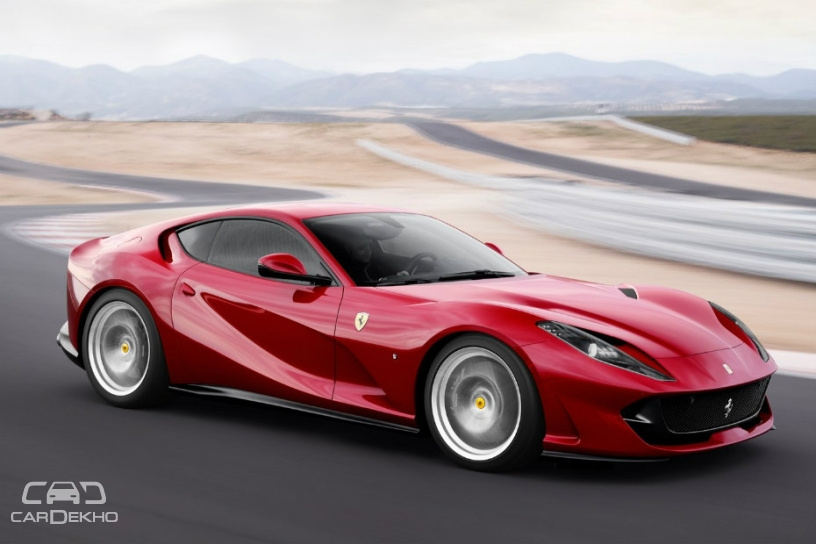 The most powerful car launched in India in 2018 was the Ferrari 812 Superfast super GT, the successor to the F12berlinetta. With a power output of 800PS and 718Nm of torque, the 812 Superfast is powered by the most powerful naturally-aspirated V12 ever made by Ferrari. It was launched here with a price tag of Rs 5.20 crore (ex-showroom). The only road-legal Ferrari with more power was the LaFerrari.

These were the most powerful cars to be launched in India in 2018 and we can’t wait to see what 2019 brings. Here’s the list of cars expected to launch in 2019.