The new version is more powerful, gets a more advanced instrument cluster & is slightly heavier as well 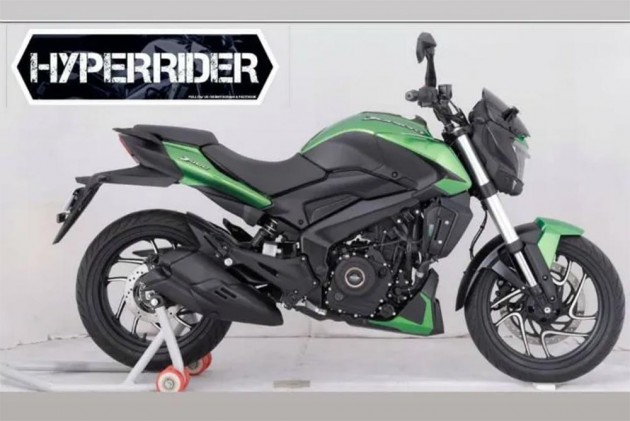 Bajaj had already teased its upcoming flagship product, the 2019 Dominar 400, revealing the presence of USDs, radial caliper up front, and a twin exhaust. Now, specifications of the power cruiser have been leaked online. Just as we reported earlier, the 2019 model makes more power than its predecessor, and here are some cold, hard numbers: 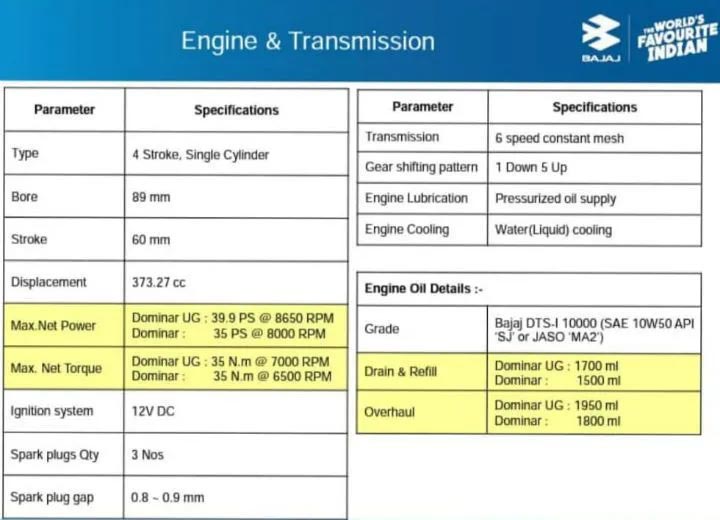 Power is up from 35PS at 8000rpm to 39.9PS at 8650rpm. At 35Nm, the peak torque remains the same. However, it arrives at 7000rpm instead of 6500rpm. It is apparent that Bajaj has made the motorcycle biased more towards power, and this should make the motorcycle sustain higher speeds better than its predecessor. The bore, stroke and triple spark plug configuration remain the same, though. At 1.7 litres for drain and refill, the new bike uses 200ml more oil than the older one.

Adventure enthusiasts may not exactly be super excited as the new model gets the same ground clearance, wheelbase, length and height as the earlier model. However, the bike’s width has been increased from 813mm to 836mm. This points at the possibility of a wider handlebar for easier leveraging. Only time will tell if there really is a change in ergonomics. 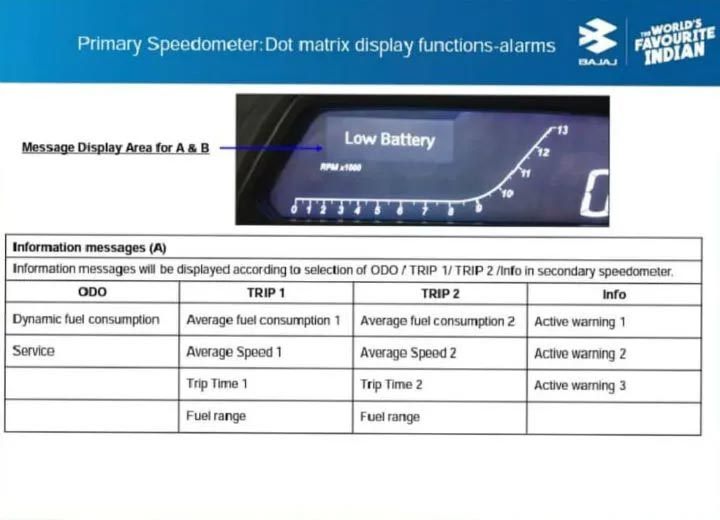 Bajaj has also packed the instrument cluster with a lot of useful touring-oriented features. For starters, it can now show instantaneous fuel consumption, updated every 1.5 seconds. It also shows the average fuel consumption with a one-minute refresh rate, and remaining range readout. What’s more, there are two tripmeters and the average fuel consumption, average speed, fuel range, and trip time are shown on both of them. These features will give the rider a much better idea about his / her riding style and will help in managing fuel more efficiently. 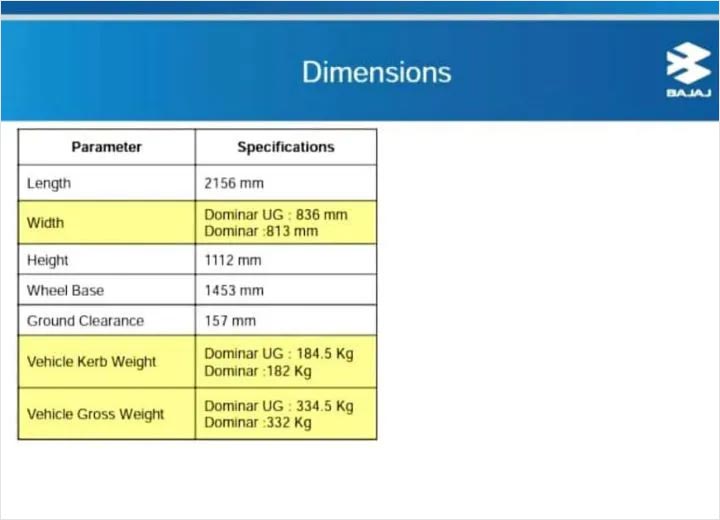 The 2019 model is also 2.5kg heavier than the older-generation bike, at 184.5kg kerb. However, the added power should help negating the weight gain to a certain extent. Bajaj is likely to launch the 2019 iteration in a few weeks’ time, and we believe all these changes would command around Rs 15,000 increase in the ex-showroom price. At present, the Bajaj Dominar 400 is priced at Rs 1.63 lakh (ex-showroom, Delhi) for the ABS variant. Once launched, the 2019 version will lock horns with the new Jawa, Royal Enfield Thunderbird and UM Renegade range in the Indian market. Stay tuned for more updates!